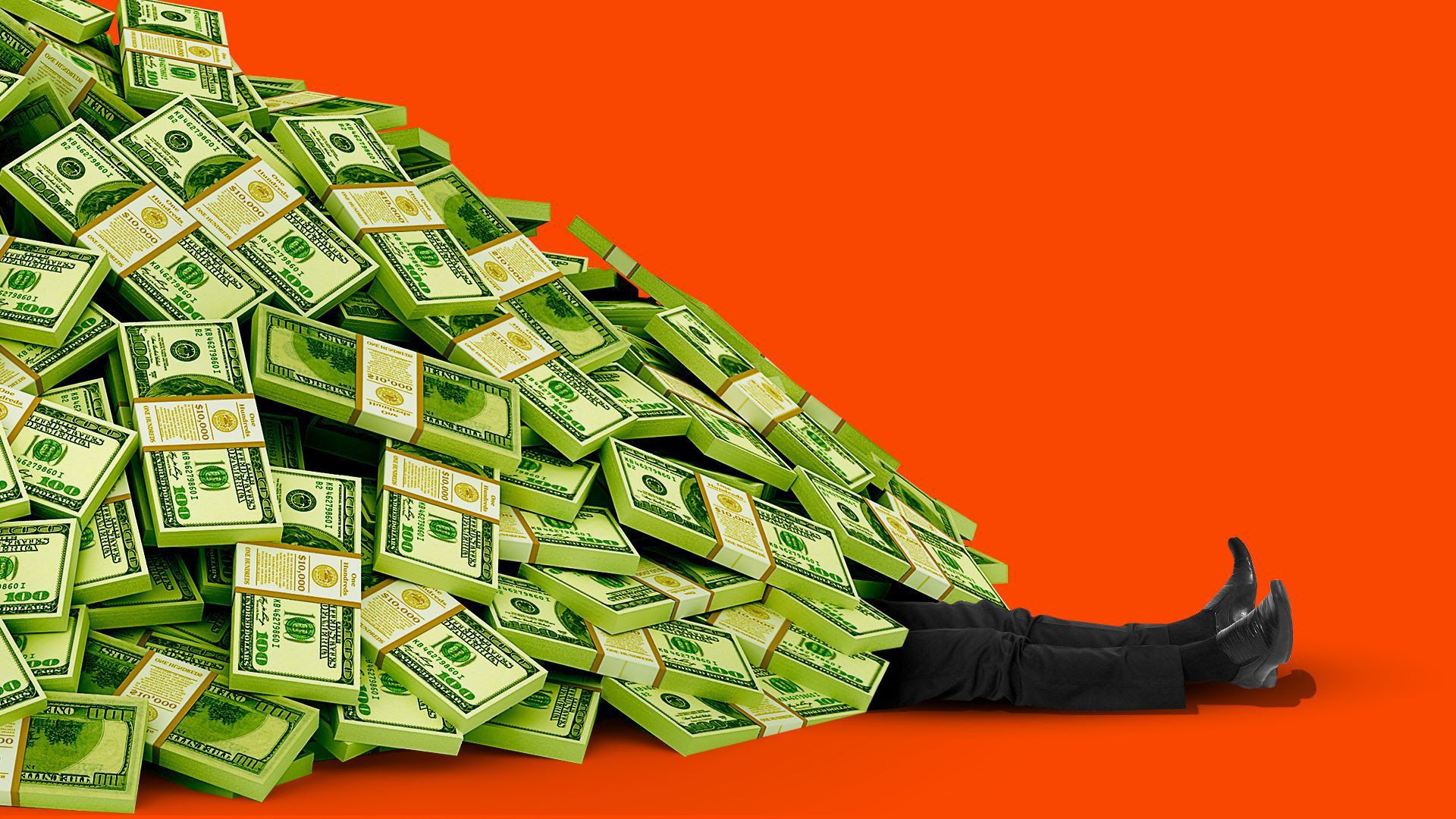 Tales of clueless investors who put their money on one cryptocurrency or another and turned out overnight millionaires are not unheard of. But have you ever heard of one who invested just $20 and woke up a trillionaire? Well, this is the life of one man in Georgia who invested in a cryptocurrency you’ve probably never heard of and woke up with $1.3 trillion. But there’s one small issue – he can’t withdraw his fortunes.

Christopher Williamson, a nursing student, invested $20 in Rocket Bunny, a little-known crypto that launched in February this year. Rocket Bunny, which trades under the ticker symbol ‘BUNNY,’ claims to combine the most sought-after tokenomics across DeFi on its website. As per CoinGecko data, the token is trading at $0.000000000040  and has an all-time high price of $0.00000000007.

Christopher invested just $20 on Coinbase and overnight, it multiplied over 65 billion times. When he woke up, he could hardly believe his eyes. He told NewsNation:

I put my phone back down and thought I was dreaming. I then realized I wasn’t dreaming and so I picked my phone back up and checked again and fell out of my bed.

The man then rushed to his computer to try and withdraw the mega fortune. This was after he checked with his friend and girlfriend who had also bought the BUNNY token but whose balances weren’t reflecting the supposed price mega-rise.

I’m gonna need someone to explain what the heck is going on and then write me a check. I got a mega yacht shaped like a penguin on standby. #cryptotrillionaire @RocketBunny2021 @coinbase @CoinbaseSupport @CoinbasePro pic.twitter.com/dyxKvx11WS

An overnight trillionaire, or was he?

Christopher then tried to move his money to other wallets to test if it was a glitch or if he really had become the richest man in history. When the fortunes didn’t seem to reflect in the new wallet, he reached out to Coinbase to find out what went wrong.

“Our team is currently reviewing your account to find the best solution,” Coinbase emailed him. To date, Coinbase has yet to clarify to him what exactly happened to his account.

🤣😂😅if I’m not invited to the #coinbase Christmas party this year I’m going to be ticked off. I think I’m being a pretty good sport about this considering y’all got my account looking like Elon Musk. 😂🤣 @coinbase @CoinbaseSupport @RocketBunny2021 @elonmusk pic.twitter.com/5KuqVXir4r

Christopher gets the feeling that he’s not really a trillionaire, but says he wants to hold on to the feeling for as long as he can. However, if he were to get ‘some good chunk of change’ from this investment, the first thing he’d buy would be his sister’s house, he told NewsNation.

Aside from taking care of his family, Christopher would also channel his money towards health clinics that would allow him to pursue his 12-year long passion for taking care of ailing patients and helping them to get better.