The Purpose Bitcoin ETF now has over 21,000 BTC under management as the United States continues regulatory scrutiny.

As on-chain analytics service Glassnode noted on June 24, the Purpose Bitcoin ETF continued to add to its assets under management throughout the second half of May.

In an unusual success story from the past few weeks, Canada’s Purpose did not see a significant reduction in holdings or demand after BTC/USD hit $30,000 and under.

“Ever since the May 19th capitulation event, the Purpose Bitcoin Exchange Traded Fund (ETF) just keeps stacking sats,” popular Twitter account Dilution-proof summarized in one of the various positive reactions to the data. 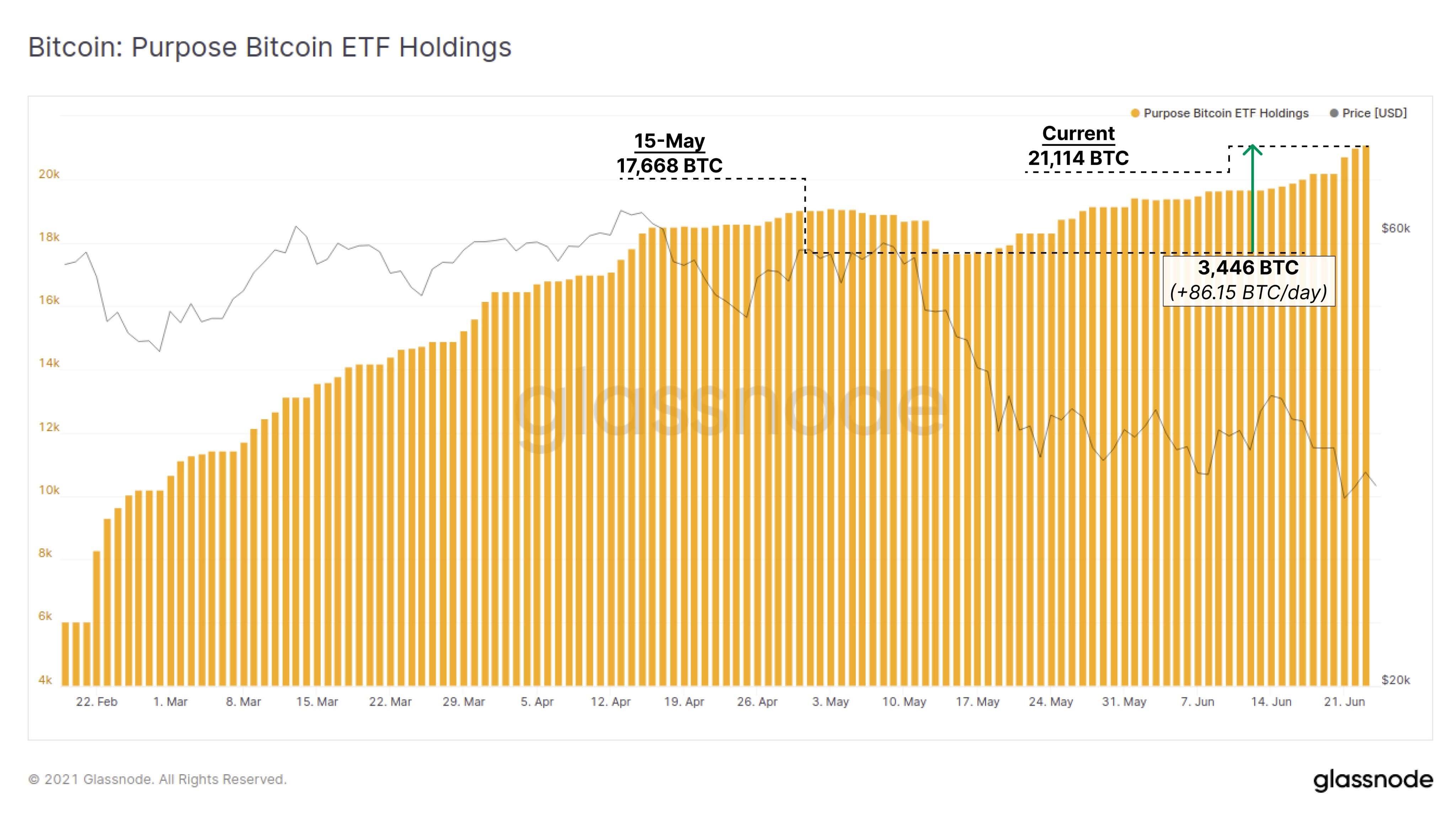 Purpose was the first such Bitcoin ETF to get the green light from regulators in February 2021. As Cointelegraph reported, the United States has yet to respond, but should the products likewise get a debut there, the impact could be more significant given the difference in size between the U.S. and Canadian market.

“How many countries are going to have Bitcoin ETFs trading before the United States?” Jameson Lopp, co-founder, and CTO of Casa quizzed this week.

The coming few weeks will see unlocking of BTC stored in the Grayscale Bitcoin Trust ($GBTC), something which is expected to heighten already intense selling pressure.

Whales have also come under the spotlight recently, balanced only by players such as MicroStrategy continuing to add to their BTC positions.