Bitcoin (BTC) faced fresh losses on July 1 as attention focused on an impending test of an important support zone. 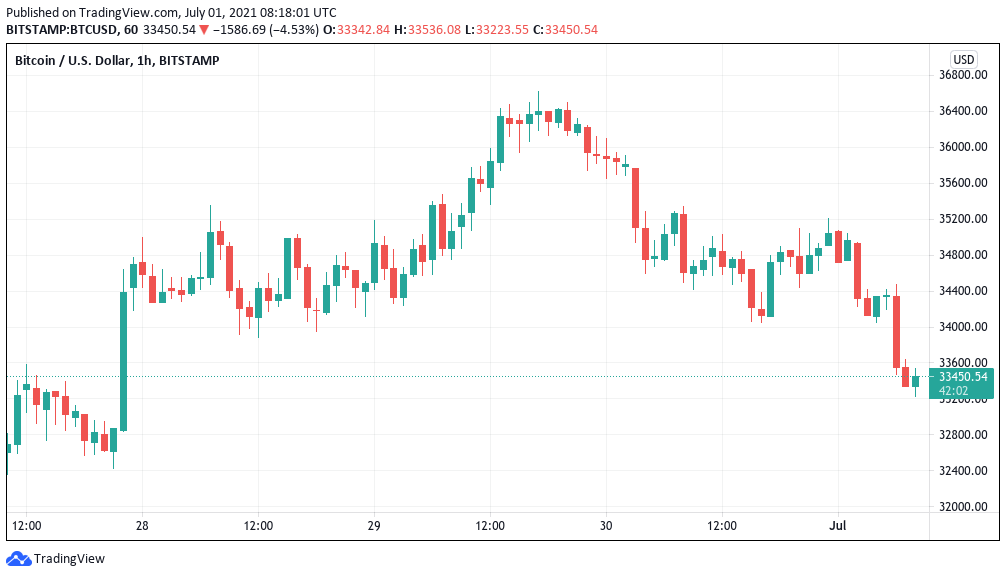 No price breakout for Bitcoin

Data from Cointelegraph Markets Pro and TradingView tracked a 5% decline in BTC/USD overnight on Wednesday.

As Cointelegraph reported, eyes are now on an area between $32,300 and $33,000 to provide a floor. On Thursday, popular trader Michaël van de Poppe reiterated the need for that zone to hold.

The pair had reversed after reaching nearly $36,700, erasing most of the gains it had sealed in a run-up which began at the weekend.

“Would be nice if Bitcoin creates a higher low here & flips $33K for support to sustain the momentum,” he said in his latest Twitter update.

Exchange orderbook data broadly supported the thesis, with buyer interest lined up at an area around $32,000. $37,000 seller resistance remained intact on Binance. 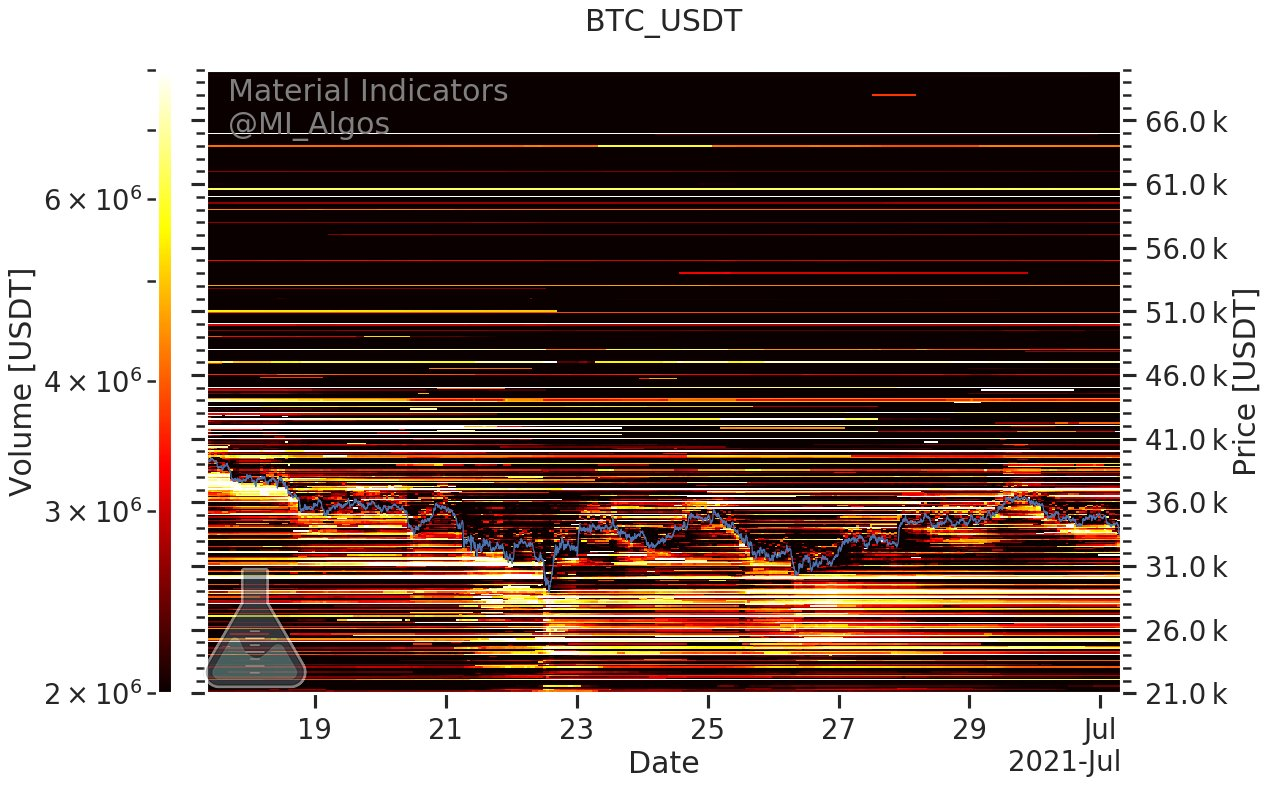 At the time of writing, BTC/USD was falling steadily towards the zone of interest, circling $33,300.

Current spot price weakness thus continues the “tale of two Bitcoins” scenario which has emerged over the past week or so.

Specifically, on-chain indicators are broadly bullish and insisting that a recovery is already underway, while BTC price action has failed to comply.

Summarizing comments from statistician Willy Woo on Tuesday, analyst William Clemente pointed to a reaccumulation of BTC as being the main takeaway from the past month’s volatile price period. 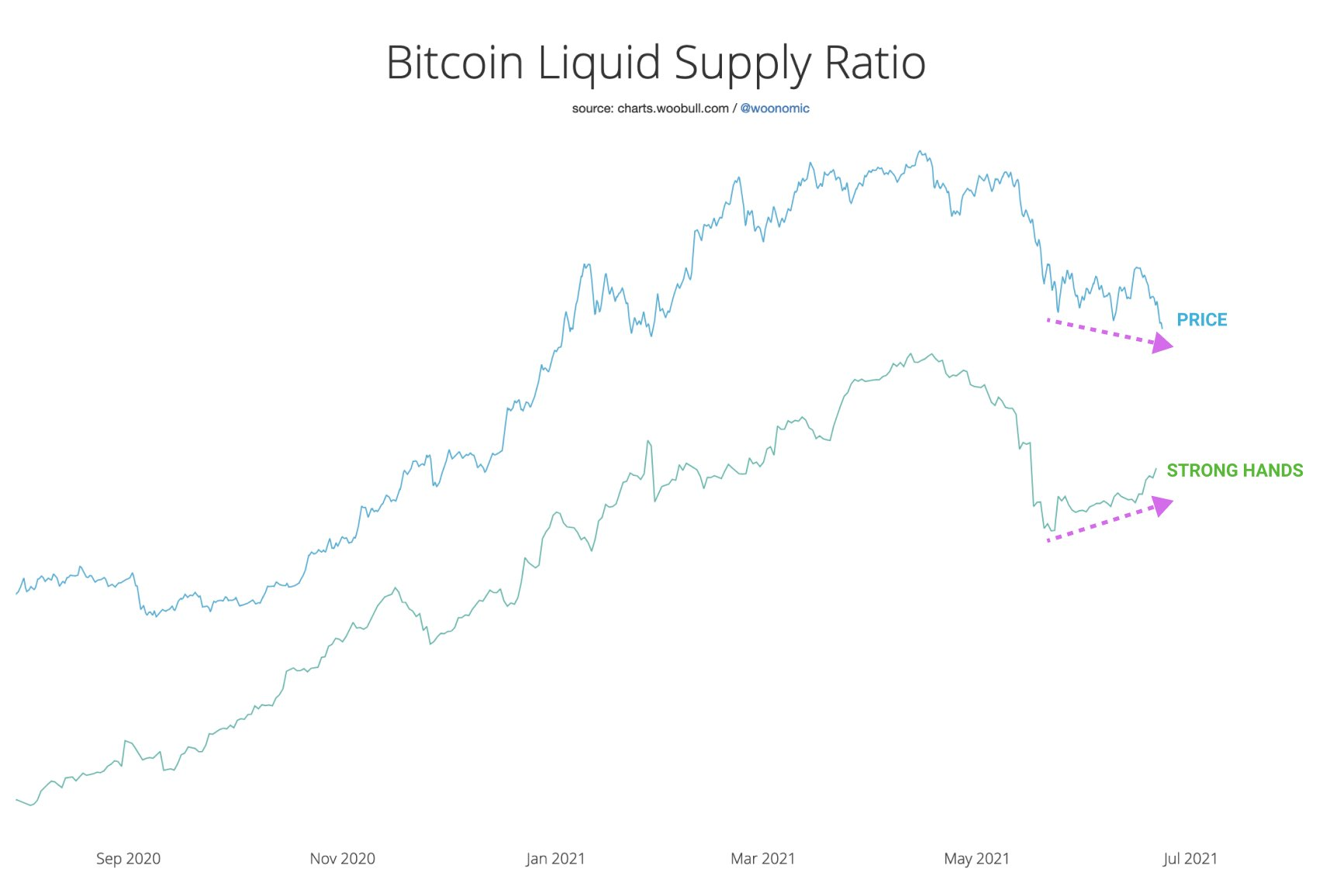 “Imo this chart is the easiest way to visualize what’s taken place over the last month under the hood,” Clemente commented.