XRP price might rally 25% as RippleX partners with Mintable XRP price is treading dangerously close to a support barrier, a failure to hold above which could lead to a revisit of June 26 and June 27 levels. This pullback is not bearish per se as it allows buyers an opportunity to accumulate, anticipating future gains.

Ripple’s developer arm, RippleX, announced its partnership with Mintable, an NFT marketplace. The collaboration allows developers and creators on the XRP Ledger (XRPL) to leverage the XRP blockchain’s low transaction costs and low power consumption to securely and efficiently sell their works.

With the mainstream media focusing on the Bitcoin miner exodus from China and energy consumption debate, Ripple noted that,

XRPL consumes only about 790,000 KWh per year and is already carbon neutral, which is far more efficient than proof-of-work networks that consume around 66 TWh of energy per year.

NFTs have become a major attraction due to the possibilities they provide and the implications they have on the current state of the art world. With Ethereum blockchain’s congestion and high gas fees, NFT boom and adoption have slowed down considerably.

As a result, many alternatives are popping up. Ripple and the XRP blockchain is one such entrant into the NFT space that shows potential, mainly because of the Federated Consensus algorithm, which is the core design of the XRP Ledger.

Further keeping in touch with these points, the blog stated that these concoctions of metrics would allow billions of NFTs to be minted, bought and sustainably transferred on the XRPL.

While an upswing might emerge here, investors should not disregard the possibility of a further descent. However, a resurgence of buyers here will push XRP price to take another jab at the 50% Fibonacci retracement level at $0.647. 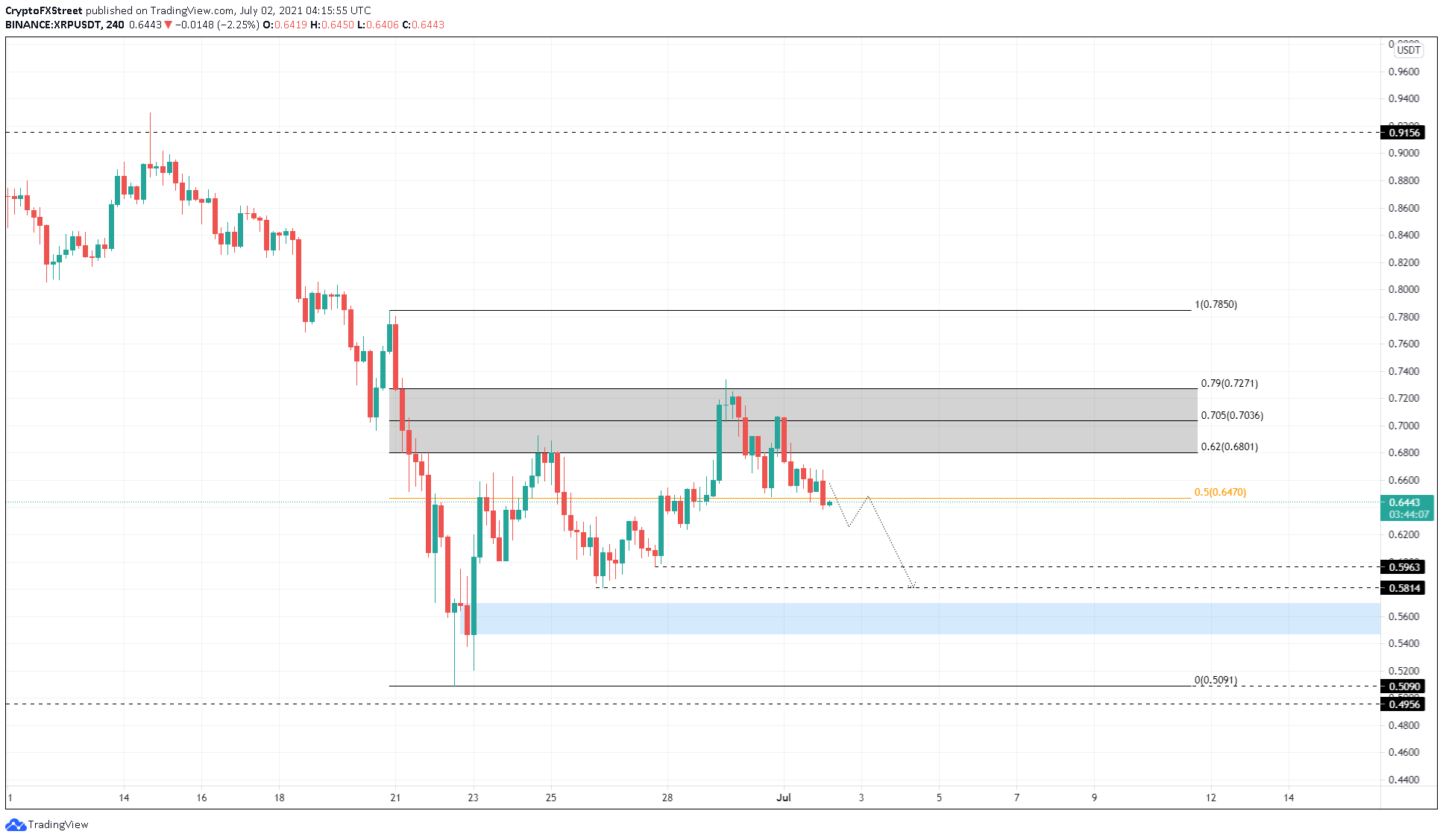 However, if Ripple breaks down the range low at $0.509, it will invalidate the bullish thesis and trigger a retest of the support level at $0.496.