Are These the Platforms Stealing Ethereum’s Thunder? Since its launch in 2014, Ethereum has been considered the default platform for building decentralized applications (DApps). After all, it’s well-supported by Web3 browsers, has extensive developer documentation, and has by far the largest ecosystem of smart contract developers.

But it’s quickly becoming apparent that the Ethereum blockchain is just not equipped to deal with a large number of simultaneous users — with congestion, high fees, and an overall poor user experience resulting from the recent interest in Ethereum DeFi.

As a result, developers are now looking to build their DApps on modern Ethereum alternatives — some of which could eventually rival Ethereum as the home of decentralized applications. The most promising alternatives currently include:

QAN is quickly gaining momentum among developers for more than a few reasons — one of which is the fact that it’s arguably the first quantum-resistant blockchain ledger.

With quantum computers rapidly expanding in both power and capabilities, many developers are now beginning to worry that it may not be long until one could be used to break Ethereum’s KECCAK-256 hash function and effectively disrupt the ether supply.

QAN overcomes this problem by using lattice-based cryptocurrency to enable developers to build future-proof applications ready to thrive in the quantum age.

As a platform built for powering the DApps of tomorrow, QAN features an ultra-efficient consensus system known as Proof-of-Randomness (PoR) which uses a series of randomly selected node operators and validators to secure the network. It also dramatically increases transaction throughput and censorship resistance, making for an attractive solution for developers looking to build highly scalable and accessible DApps.

The platform is designed to be extremely accessible to both novice and experienced developers and supports a wide variety of different programming languages. This allows developers to build DApps in a programming language they’re already familiar with, rather than needing to learn Solidity from scratch as is the case with Ethereum.

With QAN, builders can build and deploy their DApps in as little as 5 minutes, making it an ideal platform for agile projects looking to get up and running pronto.

For developers that want an Ethereum-like experience without actually needing to build on Ethereum, then Binance Smart Chain is generally the first port of call.

The platform is a hard fork of the Ethereum Geth protocol, albeit with a number of changes that make it faster and more efficient, with few compromises.

Like Ethereum, Binance Smart Chain is capable of supporting highly versatile DApps and its DeFi ecosystem is rapidly expanding thanks to the advent of platforms like PancakeSwap, Venus, and Apeswap.

Part of the reason why it’s rapidly picking up momentum is due to its extreme efficiency. Compared to Ethereum, Binance Smart Chain transaction fees are just a fraction of the cost, while transactions generally confirm in just seconds. This is attributed to BSC’s highly efficient Proof of Staked Authority (PoSA) consensus mechanism, which uses a network of 21 validator nodes to process transactions.

However, given that the network is backed by just 21 validators which are selected based on the total sum of Binance Coin (BNB) staked, there are arguments that the BSC platform is more centralized than Etheruem and other competitors.

But with a highly similar development environment and support for many of the same Web3 wallets — including MetaMask and Wallet Connect — Binance Smart Chain represents an attractive choice for developers. 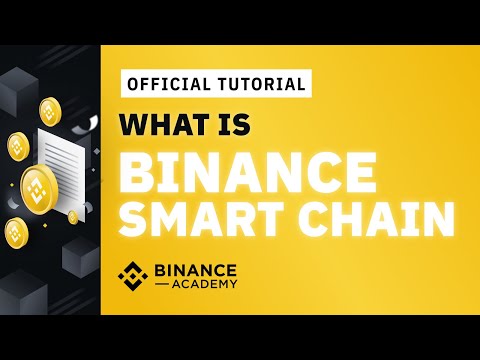 No list of promising Ethereum alternatives would be complete without mentioning a platform built on Substrate — the high-speed interoperable blockchain framework built by Parity Technologies.

Though there are dozens of platforms already building on Substrate, including the likes of Polkadot, Centrifuge, ParaState and more, one platform is beginning to steal the limelight due to its developer-oriented framework.

We’re talking about Clover, a Substrate-based chain that uses a technology known as BIP-Schnorr compatible threshold signatures to enable secure communication with other projects building in the Polkadot ecosystem. This makes it one of the few platforms with interoperability baked in as standard.

But more than this, it also provides a gas-free end-user experience, breaking down one of the biggest barriers to entry with using DApps, and making customer onboarding a smoother task. The platform is designed to make building and launching DApps as simple as possible, by providing a range of basic plug-and-play DeFi modules and support for the Ethereum Virtual Machine (EVM) right off the bat.

Sakura, Clover’s Sister Network, a Platform built for
cross-chain #DeFi on #Kusama is now in the run to secure a #parachain slot.$KSM $SKU $CLV

Participate and support us in the #crowdloan through the platforms mentioned below 👇🏻 pic.twitter.com/IfinwUAamO