Bitcoin price has been consolidating below the equilibrium of its trading range, revealing a lack of buying pressure. On the other hand, Ethereum, Ripple and other altcoins are taking this opportunity to rally.

Therefore, investors can expect BTC might pull back once again at or before $35,619 and tag either of the two levels mentioned above.

The uptrend that originates as a result is likely to shatter the midpoint, aka equilibrium, at $35,619 and take a jab at the resistance levels ranging up to $40,516. A decisive 4-hour candlestick close above $40,516 will open the path to retest the range high at $42,452. 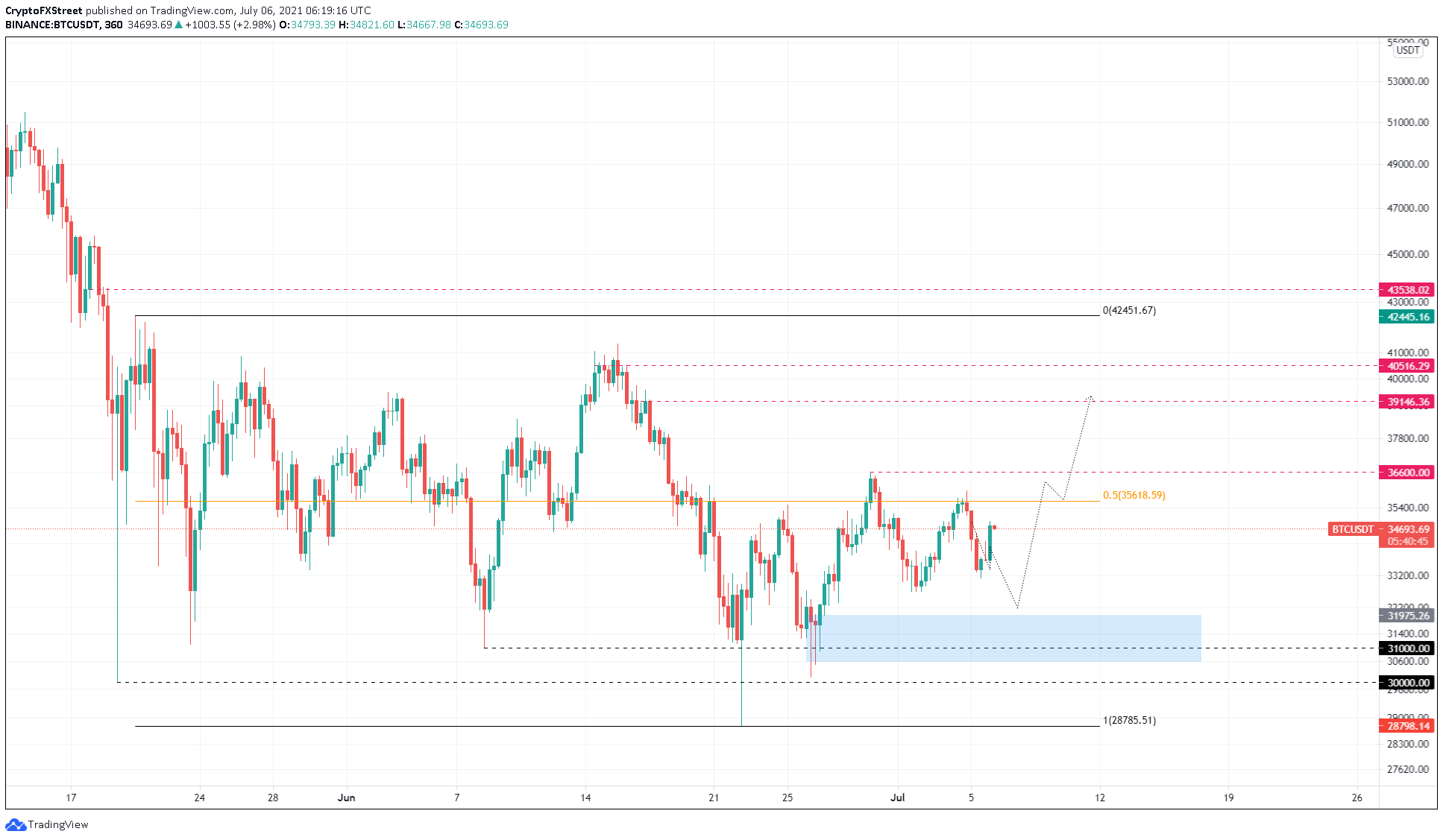 On the other hand, a breakdown of the demand zone’s lower range at $30,573 will signal the non-existent buying pressure and invalidate the bullish outlook. In such a case, BTC might tag the support barrier at $30,000.

This technical pattern forecasts a 16% downswing to $1,909, determined by measuring the distance between the first swing high and low and adding it to the breakout point at $2,271.

However, the 16% crash could be cut short at the demand zone that ranges from $2,024 to $2,106. Therefore, investors can expect ETH to bounce from this area to shatter the midpoint of the range at $2,320. 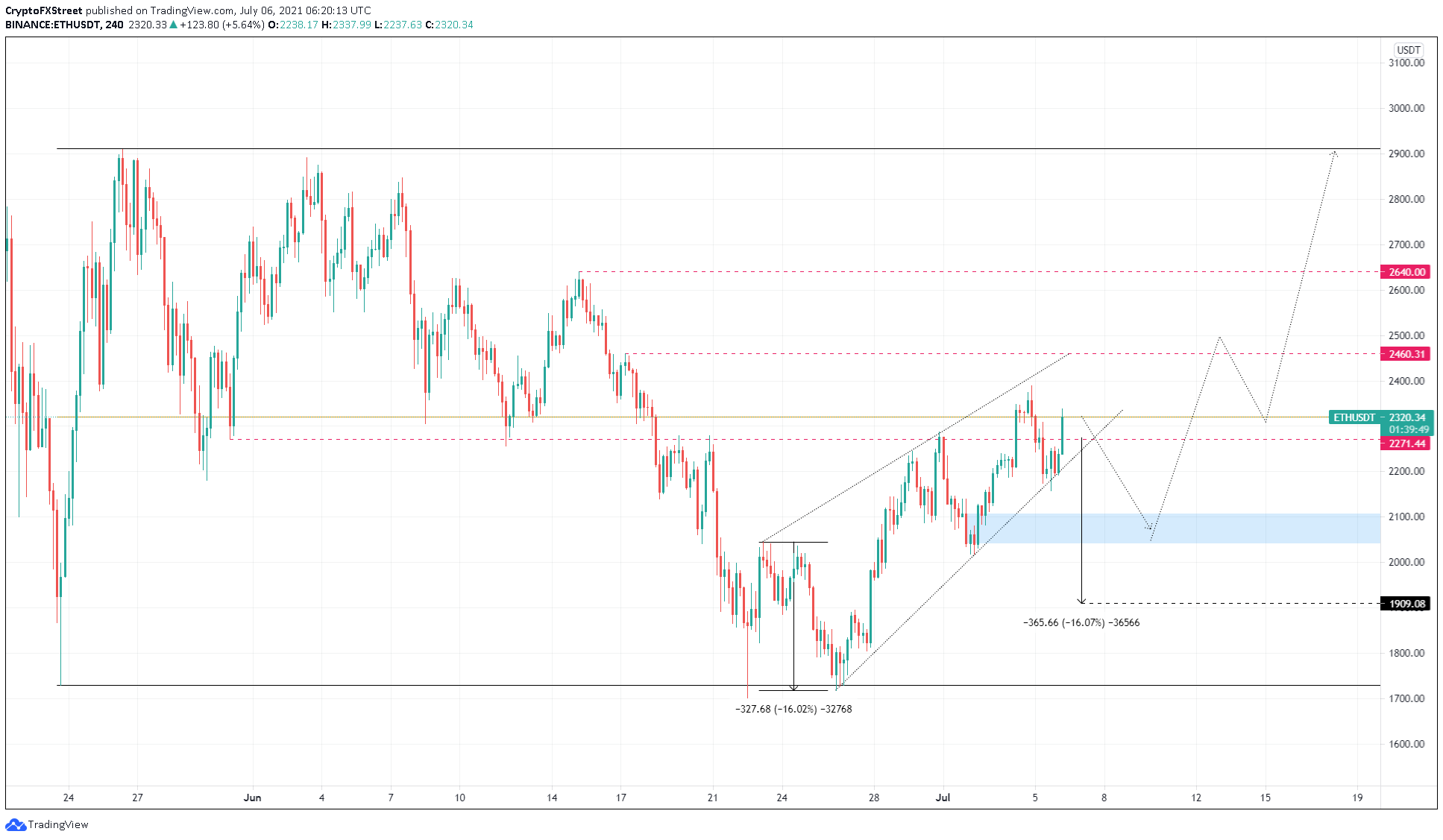 If the selling pressure builds up enough to slice through the demand zone extending from $2,024 to $2,106, ETH will likely head to the intended target at $1,909.

In a highly bearish case, Ethereum price might end up sweeping the range low at $1,728. If the smart contract token fails to climb above $1,728, it will invalidate the bullish thesis.

Breaching these barriers will open the path for the remittance token to retest the range high at $.785, roughly a 16% climb from its current position, $0.675. 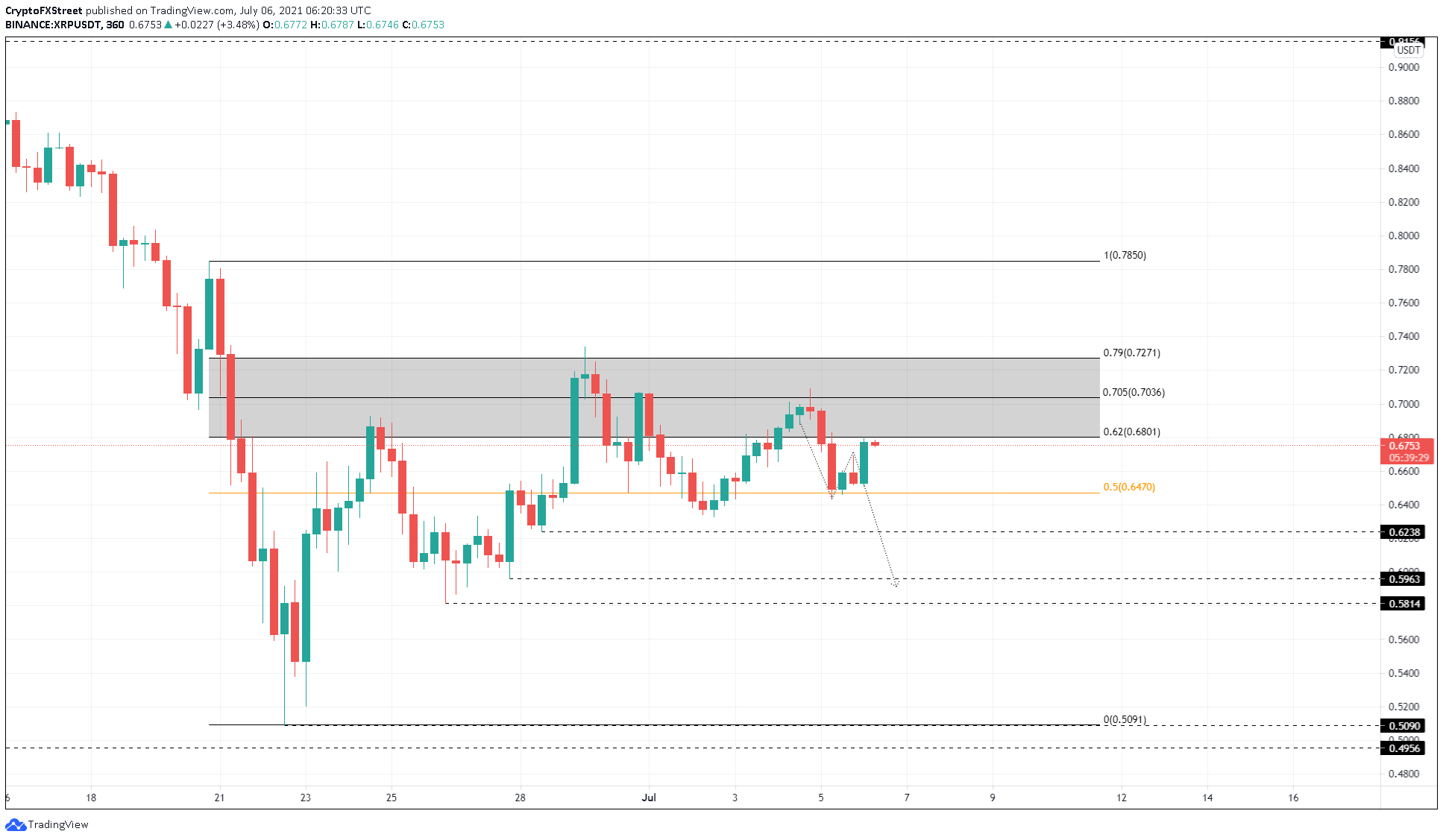 However, a failure to climb past $0.647 or the subsequent barriers will indicate weak buying pressure and likely result in a downtrend toward the mid-point at $0.647 or the support level at $0.624.