Will sideways trading give way to volatility as Grayscale shares unlock?

A summer lull has descended on the digital asset market, as Bitcoin struggles to find clear direction amidst an ample supply of both bullish and bearish headlines.

Visa said on Wednesday that more than $1 billion worth of crypto has been spent using their crypto cards in the first six months of the year, Bank of America revealed the creation of a new team dedicated to crypto, and two new crypto companies – Circle and Bullish – announced plans to go public.

Nevertheless, this positivity was countered by news of the anti-crypto campaign in China, where the government has ordered the shutdown of a Beijing software maker suspected of crypto trading. 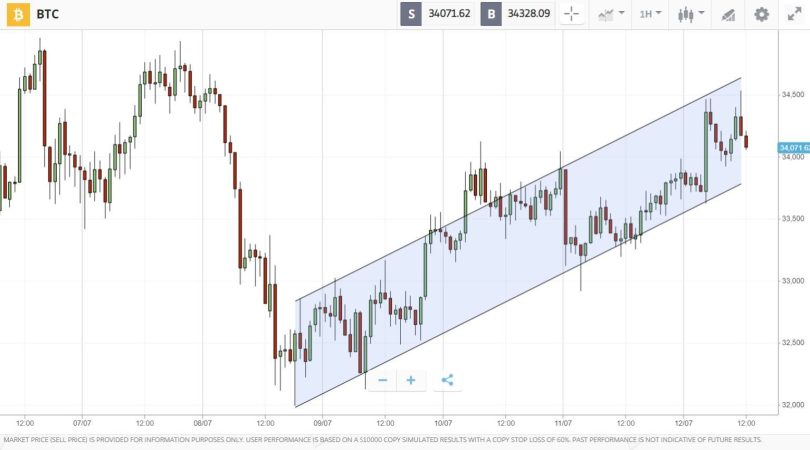 Even Elon Musk couldn’t move the market. The self-proclaimed ‘Dogefather’ tweeted about his favorite memecoin on Friday, but the market reaction was short-lived and Dogecoin was left behind by EOS and BNB which added 13% and 9% respectively.

A pair of crypto companies have hit headlines this week for planning to join Wall Street via special-purpose acquisition companies (‘SPACs’).

Stablecoin firm Circle and exchange venture Bullish are both merging with publicly traded companies at valuations of $4.5 billion and $9 billion respectively.

The deals represent yet another marker of maturity for the growing crypto industry, which has seen several crypto companies take the SPAC route to market in the wake of Bitcoin’s rapid growth and increased institutional presence.

In a memo, the bank claimed that “cryptocurrencies and digital assets constitute one of the fastest growing emerging technology ecosystems” and that Bank of America is “uniquely positioned to provide thought leadership” for the industry.

Bank of America joins JP Morgan, Goldman Sachs, Morgan Stanley and other Wall Street behemoths who recently changed their tune on crypto as the market has grown large enough to become a big business opportunity.

The unusual stability of the crypto market suggests this summer lull could be just a brief period of calm before the inevitable storm, and winds of change may already be blowing on the horizon.

Following El Salvador’s Bitcoin bill, Paraguay’s deputy of the nation Carlitos Rejala plans to present his own bill on Wednesday to help the country “advance hand-in-hand with the new generation.”

Then on Sunday, around $1.5 billion worth of shares in the Grayscale Bitcoin Trust (GBTC) are due to hit the market. JPMorgan has named this as a downside risk for Bitcoin, but other researchers have predicted a positive or neutral impact.