Layer 2 could be a game-changer for Uniswap

Uniswap has launched on the L1 Ethereum mainnet launch for its v3 in May. Now the DEX has announced an L2 deployment on Optimism through an Alpha launch.

According to Uniswap, Optimistic Ethereum will support an initial throughput of 0.6 transactions per second. The protocol touts that the launch would offer up to ten times the transaction cost savings following the launch.

The decentralized exchange expects transaction speeds to be increased over the coming weeks and months while the Optimistic Ethereum infrastructure continues to be tested and optimized. The scaling integration aims to provide low-cost and high-speed trading on the DEX in light of growing demand.

This move could be groundbreaking for Uniswap, as transactions through the exchange are conducted directly on the Ethereum blockchain – which consumes a high amount of gas. ETH Gas Station data suggests that the DEX is currently the largest consumer of gas on the blockchain.

Uniswap further warned users that the launch is still an alpha product and that Optimistic Ethereum is a “complex Layer 2 scaling solution still in need of rigorous battle testing.”

Uniswap price has printed five consecutive red candles on the 12-hour chart, marking the third day of continuous decline. Investors should pay attention to the 50 twelve-hour Simple Moving Average (SMA), of which UNI has lost as support and which now acts as resistance for the time being.

Now, Uniswap price is retesting the 78.6% Fibonacci retracement level at $17.35 as support. This point holds as a crucial line of defense for the DeFi token, but further selling pressure could push UNI back into the demand zone that ranges from $14.27 to $15.61. 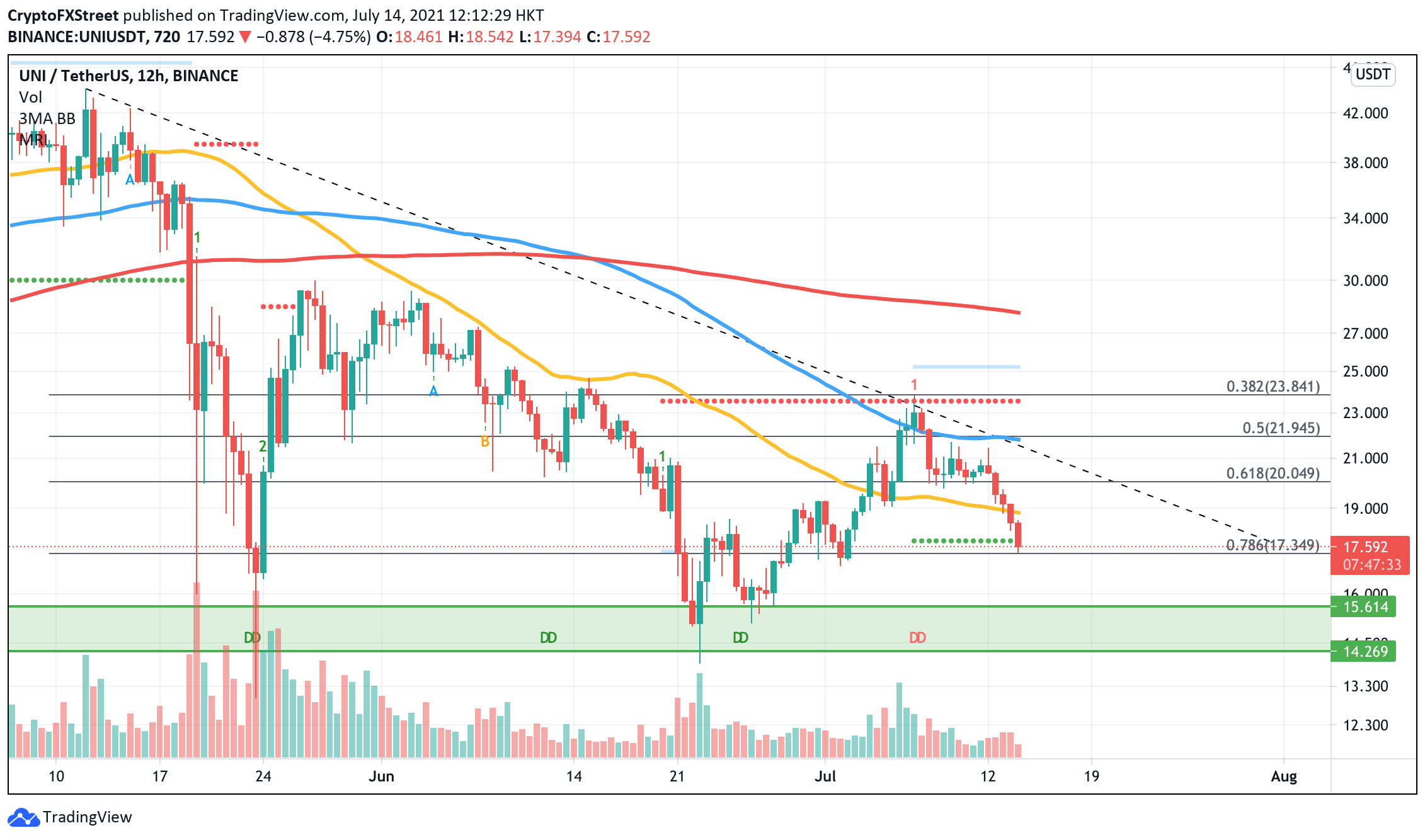 However, if Uniswap price manages to tag the 50 twelve-hour SMA once again, it could open up the possibility for UNI to alleviate bearish momentum and for the bulls to take back control.

Further buying pressure could see Uniswap price reach the 61.8% Fibonacci retracement level at $20.05 before breaking above the declining resistance level that stretches over the past two months.