Shiba Inu price has been sealed in a declining consolidation pattern that started on July 6. A technical indicator has presented a buy signal at a crucial level of support, pointing to a potential short-term recovery.

Shiba Inu price broke out of a declining resistance trend line on June 29 that has imprisoned SHIB for 41 days.

Shiba Inu quickly traded this trend line into support, however, SHIB lost this area of defense on July 13 when a red candlestick closed under this level.

While the prevailing direction of this chart pattern suggests that SHIB price could continue to move lower, the Momentum Reversal Indicator flashed a buy signal. Adding credence to the recovery thesis is the Relative Strength Index, which showed that Shiba Inu was oversold on July 16. 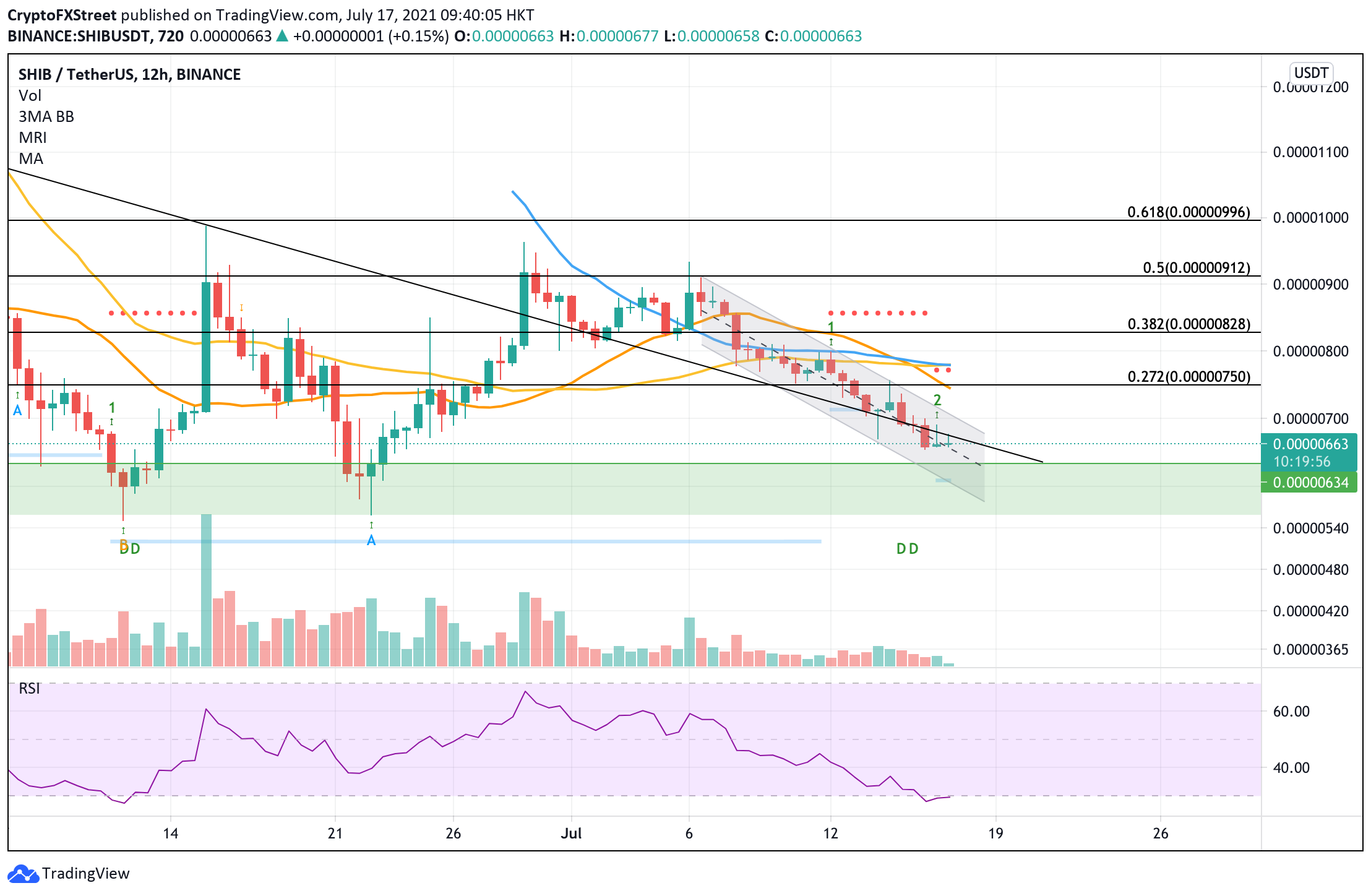 However, an aim at recovery could present limited upside potential for Shiba Inu price, as it faces multiple obstacles ahead. SHIB must climb above the aforementioned declining resistance trend line to be able to reverse the period of underperformance.

Should Shiba Inu witness accelerated interest, SHIB could aim at the next target at the 27.2% Fibonacci extension level, coinciding with the 20 twelve-hour Simple Moving Average (SMA) at $0.00000750.

Investors should note that bigger aspirations beyond this level are unlikely in the near term, as Shiba Inu price is met with a resistance line given by the MRI, corresponding to the 50 and 100 twelve-hour SMAs at $0.00000776.

On the contrary, if SHIB bears continue to take control over the market, Shiba Inu price could slip below the middle boundary of the chart pattern, which acts as the first line of defense.

Should Shiba Inu price witness a spike in selling pressure, SHIB could find itself falling into the demand zone that ranges from $0.00000560 to $0.00000634 once again.