Bitcoin mining difficulty is a measurement of how difficult and time-consuming it is for the right hash to be found for each block. Mining is essential for processing transactions on the BTC blockchain, and the difficulty stipulates how hard it is to solve the cryptographic puzzle necessary for the operation.

The difficulty of mining witnesses adjustments every 2,016 blocks and can increase or decrease depending on the amount of miners there are in the network.

On July 18, the Bitcoin network saw another negative adjustment for its mining difficulty, which dropped 4.8%. This is the lowest level recorded since June 2020, which also marks the longest streak of reduced adjustments in the entire history of BTC.

Due to the onset of new crackdowns of mining the leading cryptocurrency in China, Bitcoin hashrate recorded a massive plunge. Miners in many provinces in the country had no choice but to switch off their equipment, leading to the slowdown in the production of new blocks on the BTC network.

Despite the shutdown of countless mining operations in China, research by Cambridge University indicated that the country’s share of Bitcoin mining fell below 50% prior to the government’s move to ban mining.

Bitcoin hashrate is slowly returning back to above 100 EH/s, suggesting that miners in China may have moved their operations to other jurisdictions.

Bitcoin price continues to move sideways as BTC suggests that there is an equilibrium between buyers and sellers.

Now, Bitcoin price appears to be losing steam and may be vulnerable to a drop to retest critical levels of defense on the 12-hour chart.

Should selling pressure continue to increase, Bitcoin price may look to test the immediate support level at $31,109, the May 23 low. Losing this level could see BTC drop toward the horizontal line of defense at $30,159. If the bears are able to control the market, the leading cryptocurrency could retest the June 22 low at $28,783 before lower levels are expected to materialize. 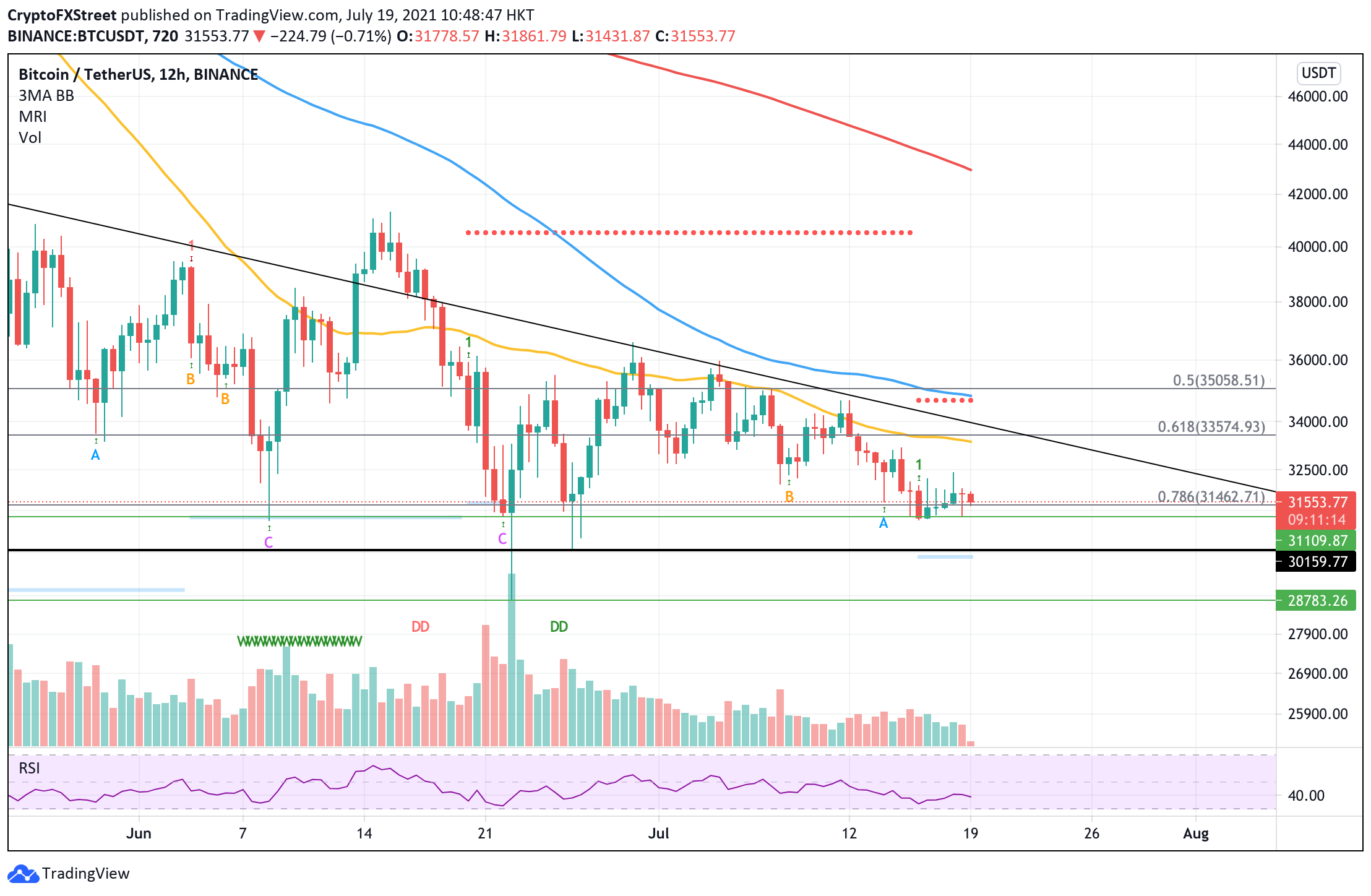 While the current setup for Bitcoin price suggests that the asset could continue to consolidate, a spike in buying pressure could push BTC higher to tag the 61.8% Fibonacci retracement level at $33,574. Additional aspirations to the upside is unlikely at the moment, as the leading digital asset sees multiple obstacles ahead.