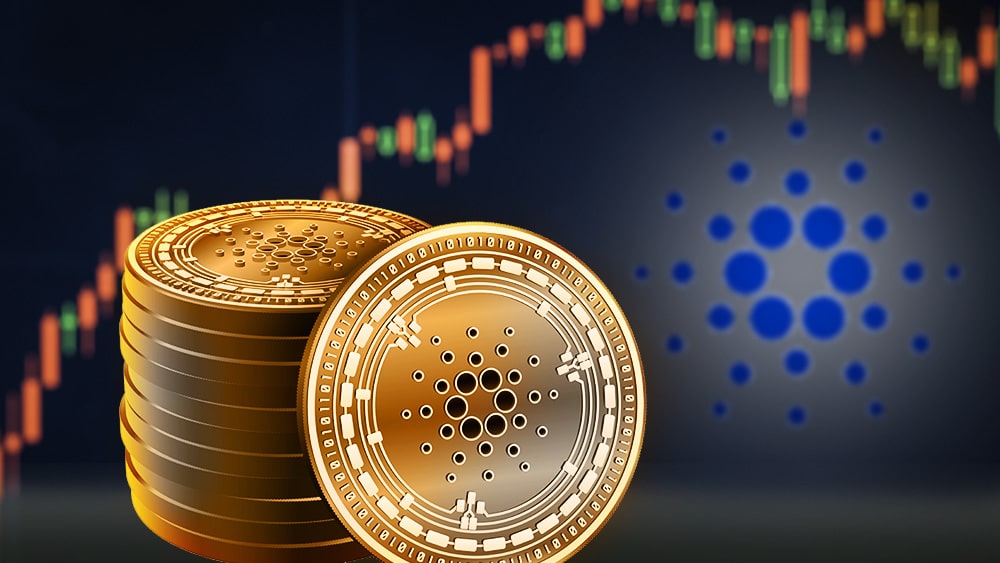 This week’s guest on the Cardano SPO column is a Single Pool Operator whose mission is to make ADA staking as simple as possible by operating on energy-efficient hardware, making it even more eco-friendly : Easy Staking Pool [EASY1 ] .

Last week’s host was a mission-driven stake pool dedicated to decentralizing the Cardano network and cleaning up the oceans .

This initiative is a point of reference for everything related to Cardano and every week or two we will invite a Stake Pool Operator (SPO) to answer a few questions and give us an update directly from within the Cardano community.

Considering that many of our readers are new to the crypto space, we will have a mix of simple and technical questions.

Hi Giovanni, it’s a pleasure to have you here. Tell us about yourself, where are you and what is your background?

Hello everyone and thank you for inviting me to participate in this fantastic column. My name is Giovanni Gargiulo and I am a Principal Software Engineer with 16 years of experience in Java / Scala. In recent years I have worked on eCommerce platforms with cloud technologies in the field of Machine Learning and Artificial Intelligence.

I am originally from Naples where I graduated in 2005 in Computer Engineering and, after three years of working in Italy, I moved to Dublin in Ireland, where I am now married and have a 4 year old daughter.

At work, my specialty is distributed systems in a cloud environment. During my last work experience I led the creation of a “product classification” system, where the software we created used Machine Learning algorithms to determine the type and characteristics of objects in online stores by simply processing the name and description of the product.

When did you discover Cardano and how do you think it compares to other blockchains?

I discovered Bitcoin in 2013 and I have always been lucky enough to have colleagues who, like me, were interested in the subject. In late 2017, chatting in the crypto office, I discovered Cardano through the famous youtube video of Charles Hoskinson’s whiteboard session in which he explains the three pillars of Cardano: scalability, interoperability and governance. From the video I immediately appreciated the scientific approach through which Charles Hoskinson identifies the pros and cons of the first and second generation blockchains (whose maximum representatives are Bitcoin and Ethereum respectively) and explains what were the technical limits to be overcome so that it could finally be realized. a blockchain that could be used effectively and effectively in everyday life.

To support his theories, Charles Hoskinson’s team has invested time and resources in the publication of scientific articles (more generally known as “papers”) where specialists in various areas of the crypto industry have scientifically demonstrated the safety and reliability of methodologies up to then adopted in the crypto world but not yet proven. Among the hundred and more publications by the Cardano team, that of the cryptography specialist Prof. Aggelos Kiayias stands out in which he demonstrates the reliability and effectiveness of Ouroboros , Cardano’s consensus protocol based on Proof of Stake.

For me, therefore, what deeply distinguishes Cardano from other blockchains is the methodical and scientific approach with which they build the Cardano ecosystem.

A couple of months ago you quit your job to dedicate yourself full time to Cardano, how is it going and what are your goals?

Although I had been watching it for years, my adventure with the Cardano blockchain began on October 27, 2020, when I launched my Stake Pool: EASY1, whose motto is “delegating your ADAs has never been easier”. The Stake Pool was originally run on Raspberry PI, very low power consumption devices.

Alongside the scientific approach with which they develop Cardano, the two aspects that fascinate me most are the eco-sustainability of the blockchain and the continuous dialogues that IOHK (the company that develops Cardano) has had with institutions and governments of realities such as Africa, where blockchain technologies can really represent for these peoples a real possibility of both financial and political redemption.

The traditional software industry, however, is profoundly different from the blockchain one, where the technical challenges are very different. Precisely this challenge was the key that pushed me to take the big leap. In April 2021 I announced that I had quit my job to start studying Cardano’s Smart Contracts. Since then I have learned the fundamentals to be able to develop Smart Contracts in Cardano through the Plutus Pioneer Program, and I have gained an excellent knowledge of the blockchain and related systems.

In recent months I have actively collaborated in open source Cardano projects such as Dandelion and I participated in the Catalyst Fund5 where I was one of the winners with the following proposal . For the next few months my attention will remain focused on the development of software tools and educational material so as to continue to help facilitate and grow the adoption of Cardano. In the future, perhaps already with the new year, I hope to become an expert developer of smart contracts on Cardano.

What is the Plutus Pioneer program and what has your experience been so far?

The Plutus Pioneer Program is an online course, taught on YouTube by IOHK’s head of education prof. Lars Brünjes. The course is held in English on the following channel . Professor Lars is a Haskell programming genius, and is extremely informative in his lectures. However, Haskell is not among the most popular or easy to learn programming languages ​​and the path, even for me who have a long experience in programming, has not been easy at all. Already from the third week of the course, the ten hours of study planned per week were not enough and required a lot of study and research carried out independently.

However, Lars and his team are extremely active on the Discord channel and periodically answer students’ questions through Q&A sessions. In these weeks of study, however, the efforts have been rewarded, and although I started from scratch with Haskell and Smart Contract, so far I have created a smart contract to manage auctions on Cardano. Finally I had the enormous pleasure and honor of being chosen as one of the Pioneers who are participating in the testing of Alonzo (Blue / White and currently Purple). Among my most important achievements is to be the first community member to execute a smart contract on a public Cardano testnet ( video ). I also made a playlist on YouTube in which I discuss many technical aspects and not on smart contracts.

The Plutus Pioneer Program is currently in its second iteration and although it is very well organized, I do not recommend it for those new to Haskell or programming in general. I would strongly suggest instead completing a Haskell course as a pre-requisite and avoid many initial headaches.

Thank you for your time. Any final comments? Where can people find you?

Thanks to you for the interview.

Quitting my job to dedicate myself entirely to Cardano has been the craziest but at the same time rewarding decision I have ever made so far. The amount of new knowledge I am learning is immeasurable and the people I am meeting on this journey are fantastic.

Cardano has enormous potential and it is up to us community members to lay the foundations for Cardano to flourish and become one of the leading blockchains of the future. For this reason, if you want to support me, you can join my Telegram channel in Italian and delegate EASY1 to my Stake Pool. I have also created a stake pool gamification portal, where my delegators can compete for prizes in ADA at each epoch (every 5 days) at the following address .