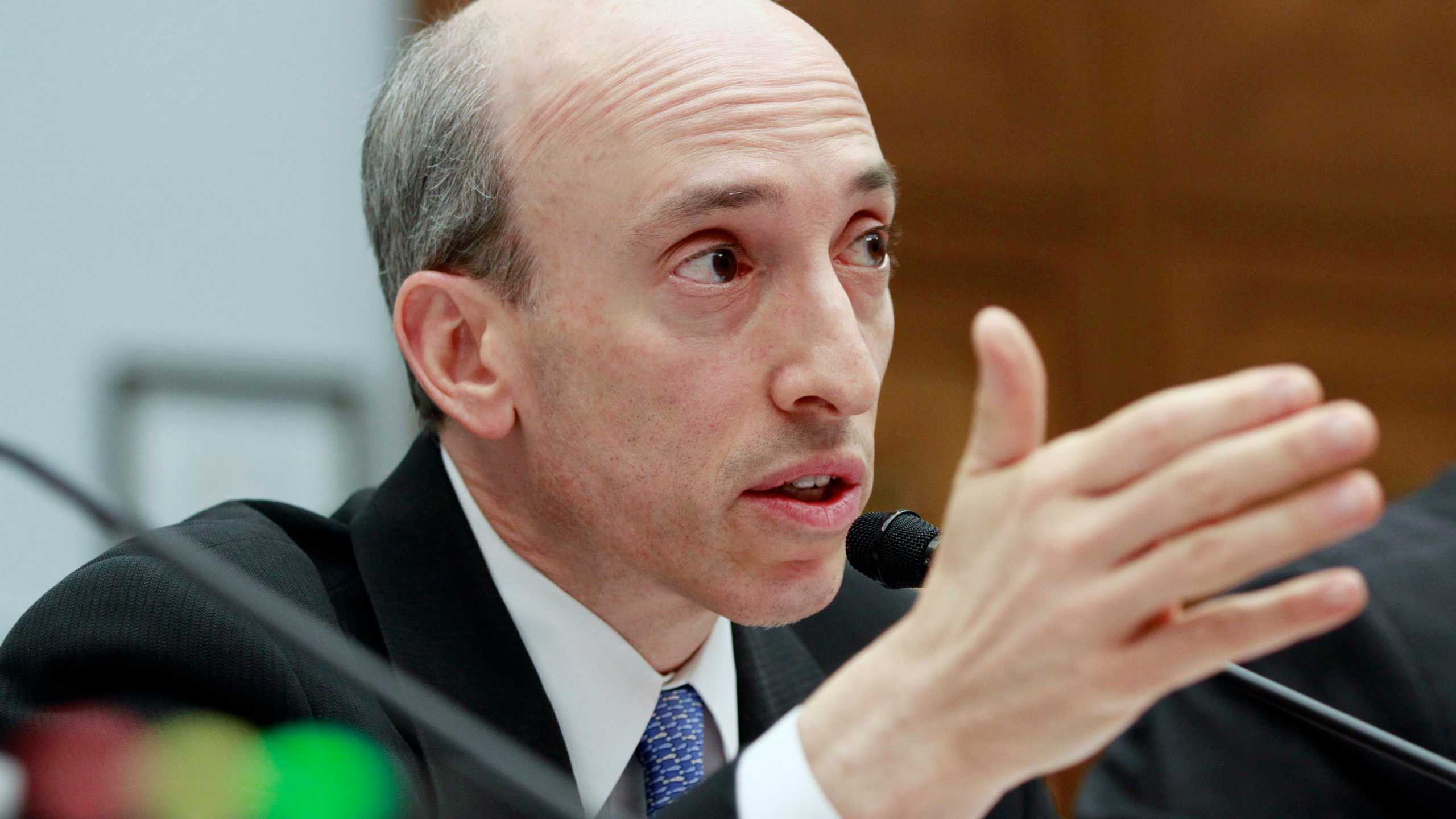 Gary Gensler stated:  It’s never a good idea to invest in something just because someone famous says it’s a good idea.

Community were wondering:  What if the famous person’s stock is listed on every major exchange and he’s on here pumping it 24/7?

Ryan Selkis expressed his view of Gary Gensler attitude towards crypto:  We thought years studying crypto at MIT would make Gary Gensler, a reasonable policy expert. The Goldman vampire blood is too strong, though. Now that he’s already made his fortune, he’s here to help the little guy. This cycle’s Ben Lawsky.

For starters, let’s appreciate that Goldman Gary has had a monster career. He rode the boom times in the 80s and 90s to amass the beginning of his fortune. But he likely hasn’t gotten the Steve Mnuchin treatment because his fortune is a mere $120mm.

Goldman Gary joined Treasury in the late 90s during a period of massive Wall Street deregulation (under Clinton, pre-Bush). But he eventually saw the light after firms like his alma mater destroyed the economy in 2008, and emerged as a heroic reformer.

After serving as the finance chief for Hillary’s 2016 campaign (as you may recall, they lost, despite spending twice as much as Trump – good financial ROI!), Goldman Gary did what most DC plutocrats do between gigs: Hid out for a couple of years in academia.

Incredible! A former well-educated, progressive, successful reformer regulator is going to study crypto! Maybe he’ll get back in the game at some point and inform good policy! What’s he think about the most innovative platform in tech in the past two decades, Ethereum?

Well, that’s disappointing. If Hillary had won in 2016, Gary Gensler may have become SEC Chair four years earlier, Ether could have been deemed a security by his commission, and 100% of the fastest growing sector of American tech may have been drowned in his bathwater.

What’s more! Goldman Gary and his “Everything is a Security” policy would have “protected” investors in the Ethereum pre-sale from a 10,000x return. TEN THOUSAND TIMES Young technologists who bet on ETH with $12k in the crowdsale matched his fortune in seven years.

Hey, everyone makes mistakes. I was literally with one of the Ethereum co-founders the morning they launched the crowd sale. I passed b/c I’m an idiot, but I came around after a while! I did the homework. Goldman Gary is a different animal, and he’s coming after DeFi next.

Goldman Gary is understandably concerned. Ethereum is now 3x larger by market cap than Goldman Sachs. Assets are issued there daily vs. through his buddies’ capital markets team. Uniswap is larger than State Street, Deutsche Bank, and Credit Suisse and has like 20 employees.

Goldman Gary is understandably concerned. Ethereum is now 3x larger by market cap than Goldman Sachs. Assets are issued there daily vs. through his buddies’ capital markets team. Uniswap is larger than State Street, Deutsche Bank, and Credit Suisse and has like 20 employees.

Still, salvation lies within Gary Gensler! I hope you can work with my less mean colleagues to get this policy right. We’ve consistently shown that we welcome newcomers. I hope we can one day call you Crypto Gary instead as the future of American tech hangs in the balance.