Elon Musk has published a tweet about what the community interpreted as “Shiba Inu to the moon”, triggering SHIB price increase. Besides, Santiment on-chain data provider has shared another key reason for the rise SHIB meme cryptocurrency 15 percent rise.

Once again the chief of Tesla and SpaceX, eccentric centibillionaire Elon Musk has shown that he has still got it when it comes to pumping meme coins with his tweets.

Earlier today, the world-famous innovative entrepreneur published a tweet, in which he “drew” an animal with a soaring rocket, which the community said was a Shiba Inu dog and can be related either to Dogecoin or to its “killer” SHIB.

In the comment threads, some crypto community members posted SHIB charts, pointing out that the meme cryptocurrency has risen over 10 percent on that tweet of Musk. However, overall the coin rose by almost 15 percent.

Shiba is up 10% since this tweet pic.twitter.com/ZxsBqrpxEz— Fintwit (@fintwit_news) October 17, 2021

Santiment data vendor’s analytics team has spread the word about a recent rise in the number of SHIB transactions worth $100,000 and carrying SHIB.

The company’s experts have stated that when these large transfers come in bunches, a coin’s price usually goes up.

As reported by U.Today over the weekend, etherscan detected multiple large transfers of Shiba Inu token, many were carrying as much as up to 100 million coins.

As a reminder the previous recent price rally of Shiba Inu was also driven by large SHIB transfers made by whales. One of them bought 6 trillion SHIB in a single transfer and then added 276 billion tokens to it, buying three lumps of this meme crypto.

Petition to list SHIB on Robinhood gets almost 300,000 signatures

As reported by U.Today earlier, the petition that had been started on Change.org to ask for SHIB to be listed on the Robinhood trading app has closely approached its goal of 300,000 signatures. By Sunday, 250,000 people have signed it.

Such crypto trading giants as eToro and Coinbase have already added support for SHIB trading. 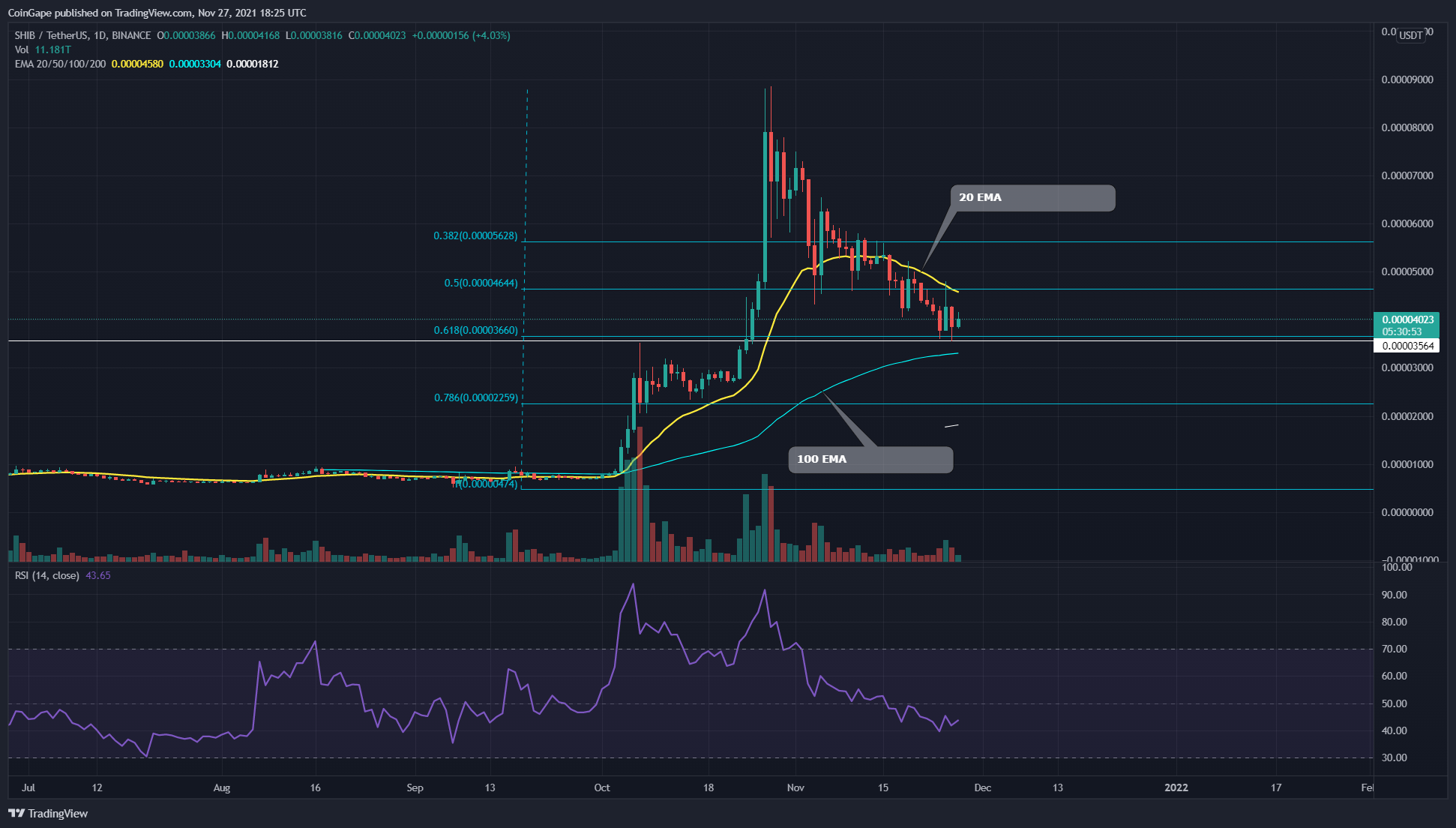