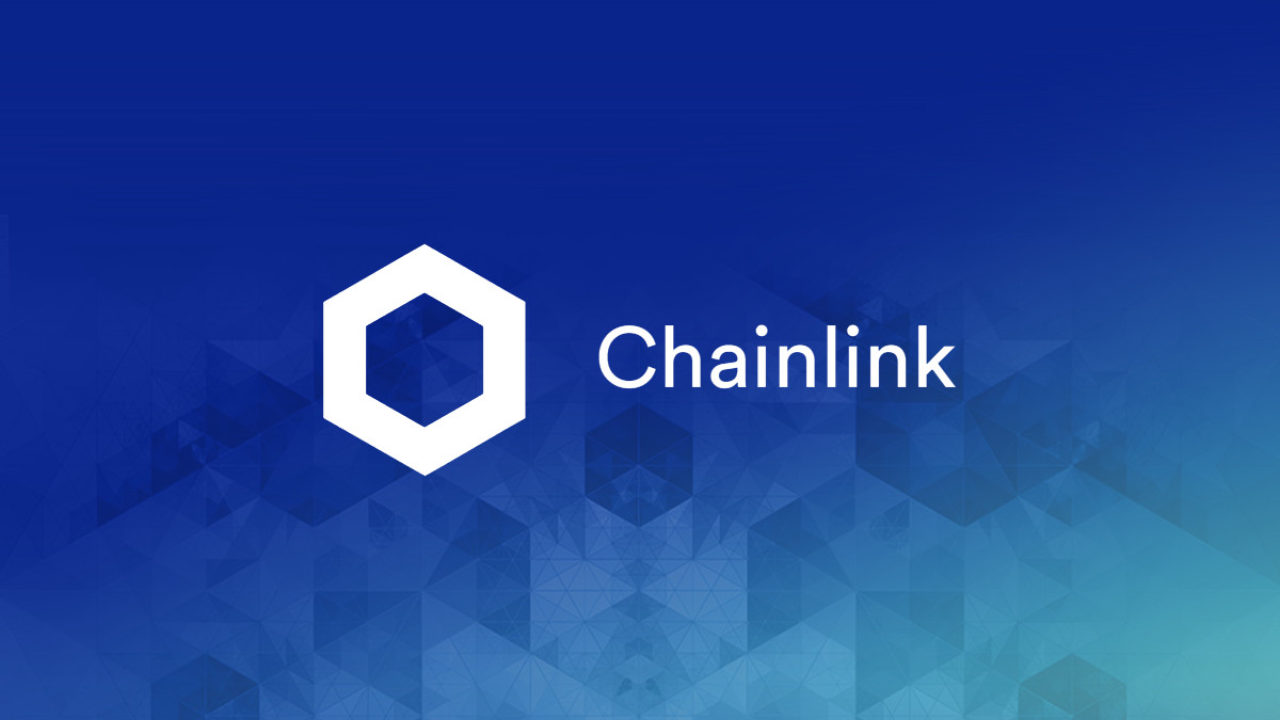 One of those coins, and one that has been making front-page news ever since the rise of DeFi projects, is Chainlink. Its coin LINK amassed a large group of enthusiastic followers, including celebrities, industry experts, and tech futurists. the altcoin has grown rapidly and is one of the top-ranked cryptocurrencies by market capitalization

The altcoin has enjoyed an exciting rise to the top, but what are its prospects for the remainder of 2021? In this article, we will discuss the Chainlink price prediction and Market Analysis.

As Chainlink has strong fundamentals, investors believe that LINK Price is bound to pump eventually.

What is Chainlink (LINK)?

Chainlink is unique compared to other blockchain projects. The business model is solely focused on the creation of smart contracts for the outside world. Chainlink hopes to decentralize the Internet to bridge the gap between blockchains and the applications that exist in the real world.

The Chainlink system has a decentralized network of Oracles, so that smart contracts can safely interact with off-chain platforms. Founded in September 2014 by its CEO Sergey Nazarov and CTO Steve Ellis.

Chainlink node operators extract data from off-chain systems and convert it into blockchain compatible formats. They are awarded LINK cryptocurrency – an ERC-20 token based on Ethereum. According to the developers, the price of LINK is closely correlated to the number of node operators.

Since both Oracle and Chainlink work simultaneously for data conversion, the working might sound arduous. But in reality, it involves just 3 steps! Beginning the process, a smart contract requests data when required. The LINK protocol receives the request and generates a Chainlink Service level Agreement.

Meanwhile, the agreement will further generate 3 other contracts. One for reputation, which will check the Oracle and verify it. Secondly, the next contract acts as a bridge between the request contract and the nodes that take the requests.

The translation of off-chain to on-chain data and vice versa is taken care of by the Chainlink Core. The request is first converted to an off-chain form so that the real-time information can read the request and easily fetch the required data via an API. After the accurate information is at the nodes, they are further transcribed to on-chain language and delivered to the nodes! Thus, the Chainlink protocol increases transparency and improves the reliability and accuracy of the data that enters the blockchain!

The LINK token powers the entire process and acts as the network’s fueling agent. That is, Chainlink nodes are paid in LINK tokens for lending their services in fetching the real-time data into the blockchain. But before that, each node must stake LINK tokens in the network promising to offer accurate services.

Chainlink continued to trade at $11.45 during January. Surprisingly, the price spiked to $51.17 to hit a new high on May 2nd. When the market collapsed on May 19, the LINK price wiped down from $36.8 to $21. However, post this point, the price has been gradually surging.

It has drawn a lot of attention and attracted new users to their project. The fundamentals look healthy for many analysts. The altcoin has been proactive in launching its products and developments well within time, growing consistently. Partnering with prominent companies like Google Cloud, the LINK price may soar significantly to blow at $37.008 by the year-end.

On the other hand, considering all market sentiments and news playing hide and seek, major setbacks can arise. If any other unforeseen circumstances or competitor coins give a tough road ahead, the altcoin price might plummet to support levels at $15.988.

If buyers continue to outperform the sellers in the coming days the asset could form its new ATH soon.  However, its recent partnership with Cardano and Avalanche didn’t impact its price action. So, if it fails to leg up to the next levels, then it could settle down to initial support levels between $20 to $24.

However, the LINK price has enjoyed a tremendous rally in October. The price surged by more than 50% rising from $21.43 to $34.34. In contrast, the asset had failed to seek any price moments in November. Woefully, the price has dropped to a below support of $24.82.

A massive breakout from here would take the price to a maximum of $40.74. The average and minimum possibilities for the altcoin is being $28.58 and $36.74.

If the network boosts the reward levels for its nodes, then it might grab new nodes staking their tokens, leading to a pump in the price. In such a case, by the end of 2022, the LINK price might smash a new high of $111.32. However, being a highly transparent protocol, the average price of its token can hit between $91.32 and $80.005.

On the flipside, possible data manipulation is being debated by many critics. If the network does not work to improvise this, then the price can bounce down to $78.869.

In 5 years, with more partnerships, a large treasury of reserve funds, and an in-demand service, it seems that the platform is well-poised to handle any challenges that may crop up in time. With new updates in connections to APIs, the utility token can be on cards with a maximum of $318.52 by the end of the next five years.

On the other hand, if the market crashes due to controversies on conventional cryptos and blockchain, following other currencies, LINK may also dip to $126.731. If smart contracts can seamlessly process over the years, then the altcoin might move at an average of $191.99.

It rates Chainlink as a solid investment with expectations of soaring prices for years to come. Digitalcoin expects that Chainlink (LINK) could be trading at $274.94 at the end of 2021. And the altcoin could leg up to $371.61 by 2022. The website made a whooping prediction for the altcoin in long term, they expect the price to hit $550.34 by 2025.

Wallet Investor’s algorithm-based forecast is highly bullish about the future price of Chainlink. They think the LINK price can go up to $260.181 in one year. With average buy and sell pressures the asset could trade around $195.698 and would flip to a minimum of $129.796 by 2021. Based on the current market situation, they project the rate jumping to an average price of  $679.517, in case of bullish divergence of price would plummet to $548.059. With average buy and sell pressures it would claim $617.524 by the end of 2025.

Chainlink has the inherent capability to expand smart contracts, allowing data accessibility for events, transactions, and going in the same trend. Optimism seems to be catching up with the heat on a long-term price forecast for the platform. According to Coinpedia’s formulated prediction, if the network updates in cryptography and starts new partnerships, the LINK price might beyond crucial resistance $37.00 as the year ends.

On the flip side, many critics have begun questioning the purpose of LINK tokens in the project. If it persists, and other celebrities indicate a supporting statement, the price might get afflicted and plunge to $16.03.

LINK was funded with an ICO and managed to raise USD 32 million in September 2017. During its private token sale campaign LINK cost USD 0.09 per token and USD 0.11 during its public sale.

In June 2019, news broke on Twitter about potential cooperation with Chainlink and Google Cloud. As a result, the price of LINK jumped from $1.19 to $1.93. Later, the coin grew further to $2.24 when it was listed on Coinbase.

By the time LINK appeared on the exchange, it had reached $4.45. By the end of August, the price of ChainLink had again decreased to $1.61.

ChainLink saw a significant price movement in January 2020 and ended in February. During this period, the coin managed to grow from $1.74 to $4.60 in a short time frame.

In March, it crucially fell back to its previous price point of $1.74. In April, it managed to recover, climbing back to $3.

Then on July 7, 2020, the LINK price underwent an impressive surge as China’s national blockchain network, the Blockchain Service Network (BSN) was activated with 135 nodes integrated with Chainlink price oracles.

Chainlink continued an ascending trendline into mid-August, gaining bullish momentum. Into late September 2020, it saw sudden bearish activity before beginning its climb once again into October.

Is Chainlink (LINK) a good investment?

Chainlink might be a good investment if you plan to invest for a long time.
Will Chainlink hit $100 USD?

For now, though, considering the current Chainlink price, it’s feasible to expect Chainlink to cross $100 USD in 2022
What are Chainlink Oracles?

These are bridges that allow several blockchains to interact with off-chain resources such as market data.
Is Chainlink Worth Investing?

Yes, it is worth investing. Chainlink (LINK) is showing tremendous growth and it’s one of the most prominent cryptocurrencies.