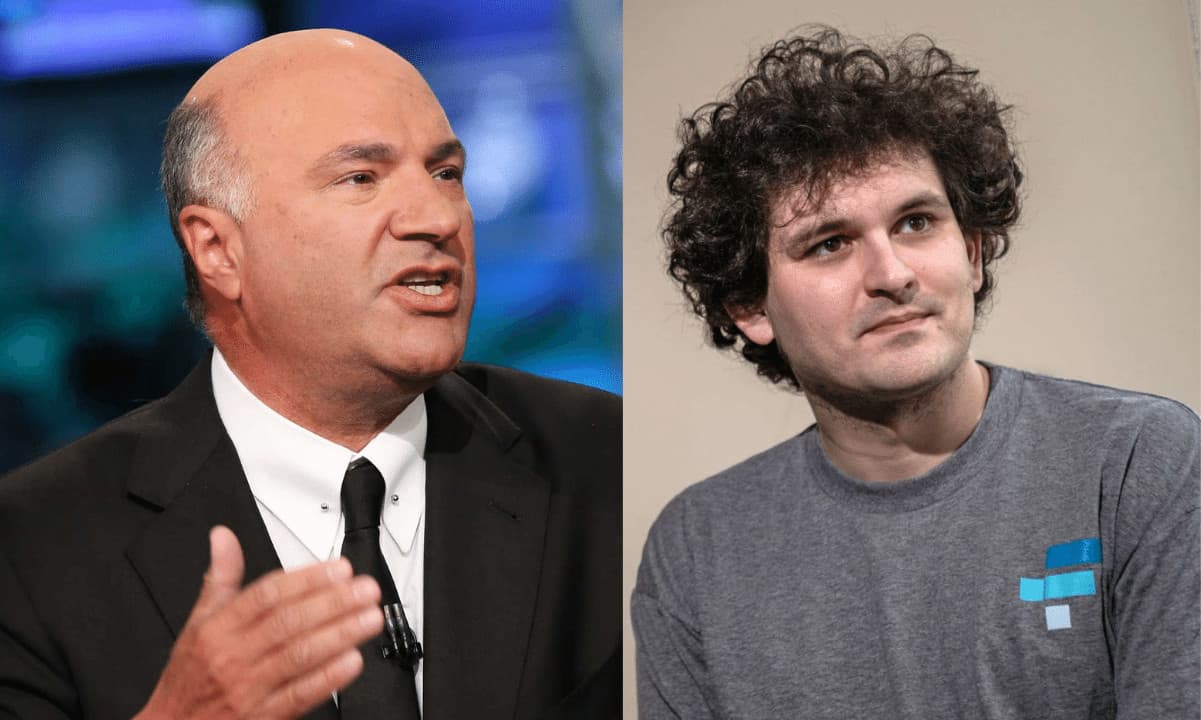 Mr. Wonderful would still hire Bankman-Fried on his team if the ex-CEO was relegated to a strict crypto trading role.

The Canadian businessman and Shark Tank star Kevin O’Leary still believes Sam Bankman Fried’s future businesses could be worth investing in, despite losing money on FTX.

O’Leary recently outlined the extent of his exposure to the exchange while arguing that there’s a “silver lining” in the company’s collapse.

In an interview on Tuesday, Mr. Wonderful admitted that FTX was one of his “bad investments” but remains safe due to his diversification of assets.

Nevertheless, the investor took a “huge hit.” He said he was a shareholder of FTX and FTX US and held multiple accounts with the exchange that are now frozen.

“I’ve talked to many other institutional investors that use the platform – they also have zero balances,” he added. “Everybody’s talking to their accountants and lawyers, and auditors, and compliance departments about this. It’s an extraordinary situation.”

O’Leary was previously a spokesperson for FTX. Last month, he suggested that the exchange was the last place he’d expect to “get in trouble.” He’d also predicted in June that crypto would likely see its bottom once a “big player” was wiped out – which he now believes was FTX.

As another silver lining, O’Leary said the exchange’s blowup is pressuring regulators to provide clearer industry guidelines going forwards. For example, key pieces of crypto legislation – such as the Digital Commodity Act – are getting new focus after remaining stagnant in congress.

How Will O’Leary Store His Funds?

In the meantime, the investor plans to remove all of his assets from unregulated exchanges and move them to a regulated Canadian exchange called Bitbuy. The company is regulated by the Ontario Securities Commission (OSC) and is legally barred from co-mingling user funds in the way FTX is suspected of doing.

O’Leary explained that cold storage custody of assets isn’t an option for firms mandated to limit their crypto exposure to a certain percentage of their net worth. As such, assets must be available to trade at all times, so he can sell certain assets to remain within their “diversified mandate.”

“You are going to see billions of dollars leave unregulated and exchanges looking for somewhere in the world where they can be put safely. That, right now, is Canada.”

Unlike the United States, Canada was the first country in the world to approve a Bitcoin Spot ETF, which accurately tracks the spot price of Bitcoin. It has since approved Bitcoin, and Ethereum mixed ETFs as well.

Even after his losses, Mr. Wonderful maintains that FTX’s former CEO, Sam Bankman-Fried, doesn’t have an “evil bone in his body.”

“You can love him or hate him given what’s happened, but I think we can all admit he was one of the most brilliant traders in the crypto universe,” he said.

When asked if he would back Bankman-Fried in a hypothetical new crypto venture, O’Leary said he would as long as the former billionaire had only “trading control” of assets, unlike “operational control.” Overall he maintained that the crypto tycoon is an “unusual one percent person” in understanding how digital assets work.