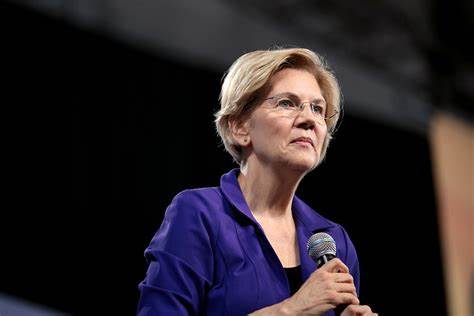 The Senators said that the public owes complete transparency of the financial activities that led to the collapse of FTX.

As the FTX crisis unfolds, US lawmakers are increasing demand a probe into the bankrupt crypto exchange. The lawmakers want to know what brought one of the largest crypto exchanges to its knees in a matter of just one week.

Earlier on Wednesday, two Democratic party lawmakers – Senator Elizabeth Warren (D-Mass.) and Dick Durbin (D-Ill.) – sent a letter to former CEO of FTX Sam Bankman-Fried. They have also sent the same letter to the new CEO John Jay Ray III who was also responsible for the clean-up of Enron. Ray has replaced SBF as the new FTX CEO after the company filed for bankruptcy last week.

Both the Democratic Party CEOs have been the biggest critics of digital assets. The senators said that the collapse of FTX “justifies their [our] long-standing concerns that the crypto industry ‘is built to favor scammers’ and ‘designed to reward insiders and to defraud mom-and-pop investors’.”

This letter from the two senators kicks off an investigation into the collapse of the FTX exchange as well its executives including Sam Bankman-Fried. SBF and the executives have been accused of fraud and self-dealing. Both the senators said that this “appears to be an appalling case of greed and deception.”

In the letter, the two lawmakers establish the complete timeline of FTX’s collapse and the sequence of events that unfolded. FTX literally halted withdrawals the day after SBF assured investors that all of the assets were fully backed. What added to further stress was Binance pulling out of the FTX.com acquisition deal. As a result, all of SBF’s promises turned out to be completely baseless. In the letter, the Senators wrote:

“One thing is clear: the public is owed a complete and transparent accounting of the business practices and financial activities leading up to and following FTX’s collapse and the loss of billions of dollars of customer funds”.

FTX in a Major Trouble

A number of US agencies are now looking to probe crypto exchange FTX over its dramatic collapse. The US SEC and the CFTC have already begun an investigation into FTX. Furthermore, the US House Committee also said that they would be conducting a hearing on FTX collapse next month.

John Ray III has been appointed as the CEO of FTX for the restructuring of the company post filing for bankruptcy. He was also responsible to oversee the liquidation of Enron after the accounting scandal at the energy giant. In his updated bankruptcy filing for FTX, Ray said:

“I have over 40 years of legal and restructuring experience. I have been the chief restructuring officer or chief executive officer in several of the largest corporate failures in history. . . . Never in my career have I seen such a complete failure of corporate controls and such a complete absence of trustworthy financial information as occurred here.”