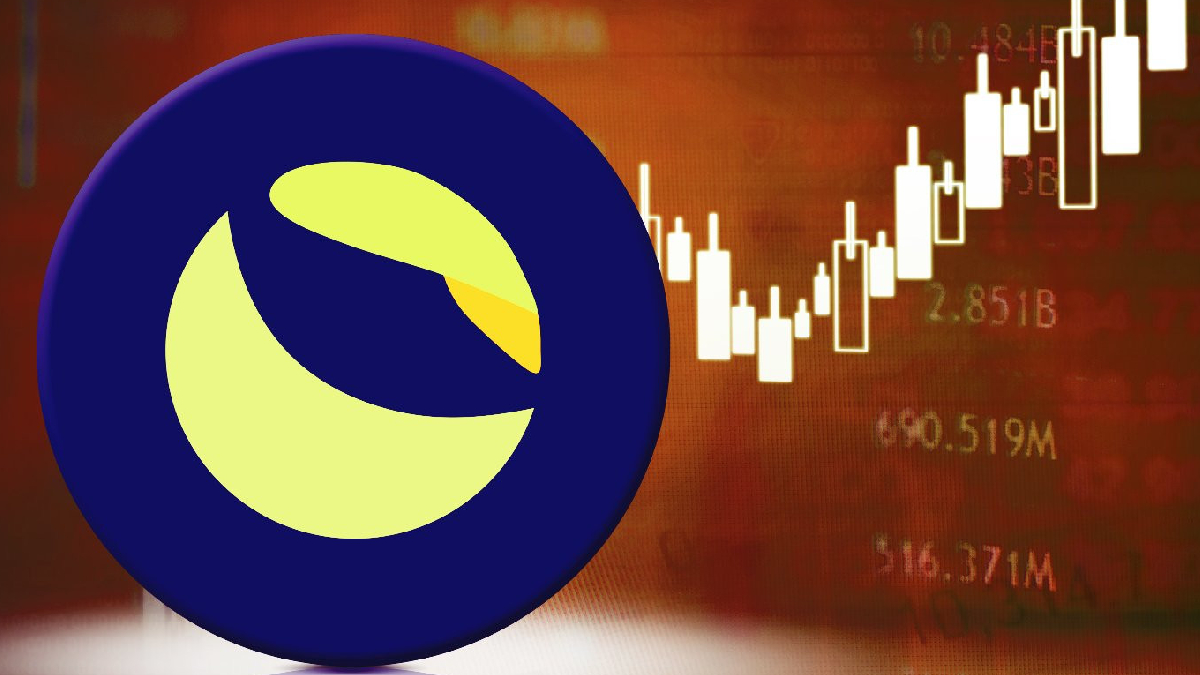 LUNC, the native token to the original Terra blockchain that experienced a catastrophic collapse in May 2021 after the UST algorithmic stablecoin lost its 1:1 peg to the US dollar, is ebbing lower on Wednesday, in tandem with bearish flows being felt across the cryptocurrency space. The cryptocurrency was last around 1.25% lower on the day in the $0.0001630 area and trading back to the south of its 21-Day Moving Average (DMA) in the $0.0001670s.

Price Prediction – Where Next For LUNC?

LUNC’s latest drop marks a bearish breakout of an upwards trend that had been supporting the price action since November’s post-FTX collapse lows in the $0.0001350 area. Price predictions have thus become more pessimistic.

The latest downside also comes as LUNC finds resistance at a longer-term downtrend from its September highs in the $0.00059 area. LUNC has dropped over 70% from these highs and further losses seem likely, with bears targeting a retest of the November lows. A drop under these lows would open the door to a run lower towards the next support area in the mid-$0.00011s.

In wake of Wednesday’s hawkish message from Fed Chair Jerome Powell, who was keen to emphasize to markets that the Fed’s inflation fight remains far from over, which investors interpreted as pushback against the idea that the central bank will be pausing rate hikes or looking to reverse them anytime soon, looks set to weigh on cryptocurrency markets into the year’s end. Indeed, Powell’s hawkish tone seems specifically designed to present a melt-up rally in stock markets into the year-end that could juice the economy (via the wealth effect), thus making the Fed’s inflation fight more difficult.

Crypto’s tight correlaction to stocks means that Powell has effectively killed any possible crypto “santa rally” that might have been in the offing in wake of Tuesday’s softer-than-expected US CPI data. As indicators of the health of the US economy worsen (like the latest US Retail Sales and regional manufacturing reports), as inflation falls faster than expected and the world’s largest economy falls towards a recession in 2023, investors are asking how credibly the Fed can stick to its hawkish stance. When the eventual dovish pivot does come, cryptocurrencies should rally, but that may not happen for some time.

Cryptocurrencies have been trading sideways for a few weeks now, leading some traders to start looking at alternatives with more potential in the short term. Listed below are some of the leading presales in the market, allowing investors to get in on the ground floor.

FightOut, a brand-new move-to-earn (M2E) fitness application and gym chain that seeks to bring the fitness lifestyle into web3, has opened its pre-sale and investors think the project could transform the existing web3 M2E landscape. While existing M2E applications such as StepN only track steps and require expensive non-fungible token (NFT) buy-ins to take part, FightOut takes a more holistic approach to tracking and rewarding its users for their exercise and activity, and doesn’t require any expensive buy-ins to take part.

FightOuts FGHT token are currently selling for 60.06 per 1 USDT and interested investors are encouraged to move fast to secure their tokens, with the pre-sale having already raised over $1.8 million in just a few days. FGHT is the token that will power the FightOut crypto ecosystem.

These include trading signals, social sentiment and on-chain indicators, a pre-sale token scoring system, a token listing alert system and a strategy back-testing tool. Dash 2 Trade’s ecosystem will be powered by the D2T token, which users will need to buy and hold in order to access the platform’s features.

Dash 2 Trade is currently conducting a token pre-sale at highly discounted rates and sales recently surpassed $9.82 million. The pre-sale dashboard is going to be released on Friday, with the development team currently running ahead of schedule. Tokens are currently selling for $0.0533 each and will be listed on multiple centralized exchanges in around one month.

Major blockchain-based games like Axie Infinity lost significant traction in 2022. As a result, many investors interested in the crypto gaming space are looking for alternative avenues. Calvaria, an up-and-coming play-to-earn battle card crypto game, could be a good alternative. Calvaria seeks to boost crypto adoption by creating a bridge between the real world and crypto, a fun and accessible crypto game.

Investors should consider Calvaria’s RIA token pre-sale. Calvaria has now raised $2.45 million, with a crypto whale scooping up $97.5K in one purchase last week. The presale is in the final stage, with only 21% of tokens left.