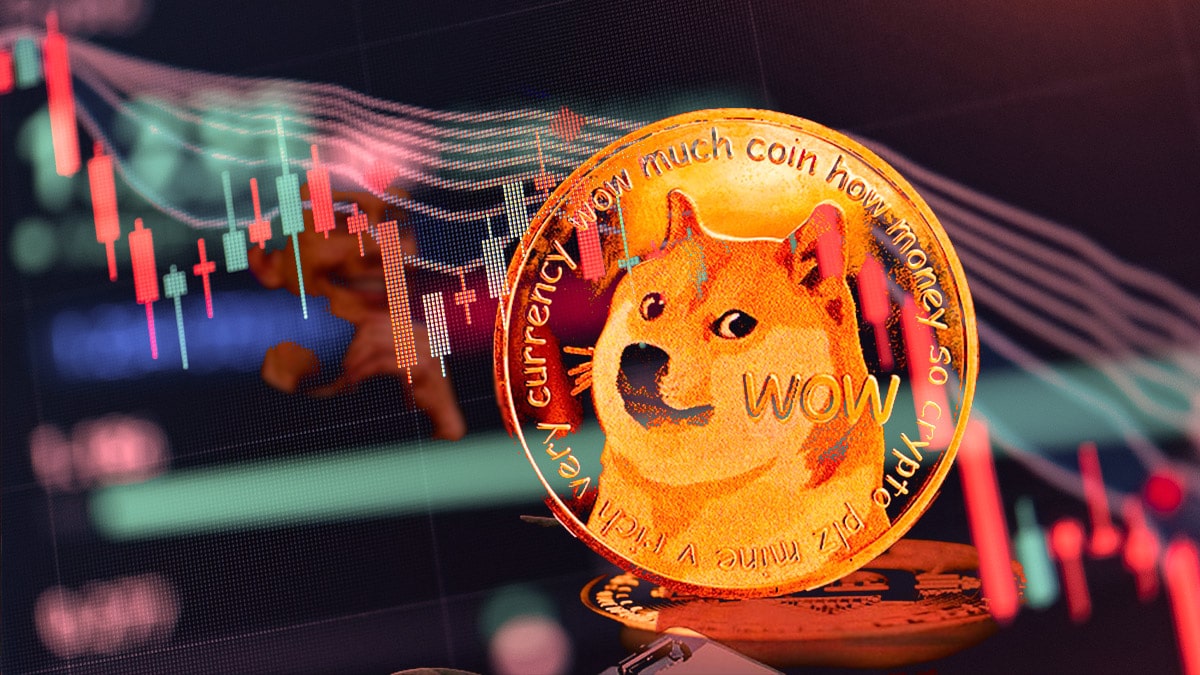 The crypto market has come a long way from being limited to only primitive cryptocurrencies such as Bitcoin and Ethereum. The space has been liberal enough to host a plethora of projects from varied sectors with and without utility. Successively, meme coins from the business have garnered the interest of the masses. Dogecoin cryptocurrency is one such example.

The top meme coin dogecoin is the first one to woof when it comes to meme coins. Launched in the December 2013, the digital token has garnered immense popularity in foreign exchange market and crypto community. With liking from celebrities, billionaire investors, and social media savvies.

That said, investors are still keen on DOGE to invest money, despite emerging rivals such as Shiba Inu, and have been pondering over its future prospects. Doge coin has one of the largest market cap. Are you keen on this meme coin future price prediction? Join in as we dive into the possible Dogecoin price prediction 2023 – 2025 and the years to come.

The canine coin has seen a number of adoptions and acceptances by renowned brands and firms. Its prime competitor is said to be Tron with TRX price being twice the price of Dogecoin.

Dogecoin price predictions has been largely bearish for most of the time since the beginning of 2022. Meanwhile, bullish prospects do emerge as the prices at set to inflate to a large extent.

The Cryptocurrency suffers a huge loss this year and continues losing money rapidly. Investing now is considered as a high risk by many professional analysts, at the same time many influencers and investors give us investment advice of this to be the perfect time to buy doge. The dogecoin price is expected to flutter high as the trade approaches the yearly close.

The increase in price fluctuations may eventually assist the price to soar and close the year at $0.118. However, regular buying and selling pressures would leave the price at an average level of $0.075. That said, if the sentiments fall prey to the bears, with concerns around utility and value. The price could possibly slump to $0.062.

Dogecoin price and Shiba Inu price are expected to gain major traction in 2023. As the meme space would become traders’ favorite to fight potential inflation threats. The possibility is further justified, as the average time a token is held, is an astonishing 1.8 years.

If the team behind, rollouts out developmental upgrades and real-life use cases. The canine coin could fare up against industry leaders. In such a case, Doge price predictions could bounce to its maximum value of $0.265.

On the flip side, the ebbing stance of meme coins and diminishing volumes could slash the price down to $0.137. That said, a balance between buying and selling pressures could land the Dogecoin price at $0.199.

An increasing FOMO with influencer promotions towards Dogecoin price may heat up to $0.449. Secondly, if it could survive with a substantial growth rate. In a highly competitive space in the future, the average will strike at $0.329.

On the other hand, if aspects of the crypto like zero staking rewards and not much functionality impact the market. Then the price might slide to its potential low at around $0.227.

The fact that Marketers are quite optimistic about the project and celebrities hopping legs. Can drive Dogecoin price into a value that everyone would awe at. According to Dogecoin price projections for 2022. If its trading volume rises further, then we can expect the DOGE price to surge to $0.118 as the year ends.

On the other hand, if the market is hit again by external forces like regulations or negative statements by influencers. The meme coin might trade at a potential low of $0.062. That said, a balance in buying and selling pressures could land the Dogecoin price at $0.075.

What Is Dogecoin (DOGE)?

Dogecoin is a user-friendly cryptocurrency project launched on December 06th, 2013. It was forked from Litecoin and is widely supported by many wallets and exchanges. The main use case is for making payments and recently it has also been used as a tipping coin. For rewarding small tokens to people during social media interactions.

Dogecoins are inflationary coins while Bitcoins are deflationary coins. This is because Bitcoin has a limit on the number of coins that will be produced and used for mining. On the flip side, dogecoin does not have any such limits and is therefore inflationary, which adds to its advantage.

Following the massive success of bitcoin, dogecoin was launched in the December of 2013. In a mere one month, there were over a million visitors to the official website. Which started with a price of $0.006, and now poses an ROI of 10440.78%.

Dogecoin was created by Billy Markus, Oregon, and ummjackson. It was introduced as a joke, but who knew it would become so significant in the crypto world. It is also used by retailers to receive payments from other authorized merchants!

If you are a crypto enthusiast and a long term investor for Litecoin, view our article on Litecoin price prediction.

Is Dogecoin a good investment?

Yes, Dogecoin might definitely be a good investment, if you are looking to invest for the long term.

Dogecoin will likely reach $5 in the next five years.

Is Dogecoin a dead investment?

No, Dogecoin is not a dead investment right now, the peaks and troughs are normal in the cryptocurrency industry. Major announcements and happenings will eventually drive the price.