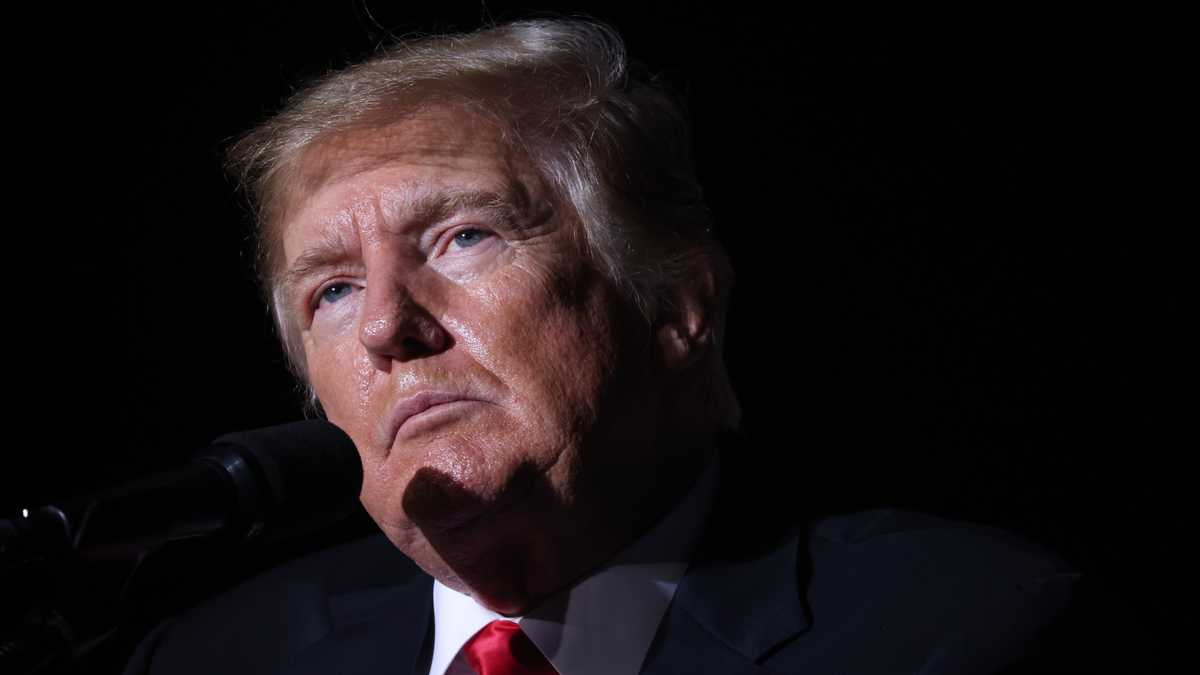 Former US President Donald Trump’s collection of NFTs (Non-Fungible Tokens) faced wild volatility in its first five weeks of existence: it faced widespread ridicule but sold out, with prices and sales rising before falling as fast as they grew. . Now sales are suddenly skyrocketing again.

The total daily sales volume of the official collection of Trump’s digital collectible cards increased nearly 800% between Tuesday (17) and Wednesday (18), jumping from around $34,000 to more than $306,000.

Even this Friday (20) analytics platform CryptoSlam shows continued momentum with around $241k in sales so far. At one point this morning, the site showed a 1,900% increase in 24-hour trading volume.

According to data from NFT Floor Price, which tracks the cheapest NFT price listed for projects in major markets, the starting price has nearly doubled from $235 in ETH early Wednesday to $454 at press time.

While there is no concrete reason for the sudden jump in activity, some on Twitter believe the increased demand is linked to reports that the former US president is planning a return to major social media. He was banned from Facebook and Twitter for inciting the January 6 attacks on the US Capitol.

Trump trading card NFTs quietly up 2x overnight… I think the boomers still don't know how to use Polygon pic.twitter.com/XtBsvaKfeI

THE NBC News reported that the Trump team asked Facebook to reinstate their accounts, based on revised documents. Its Twitter account was recently rehabilitated by Elon Musk after the Tesla and SpaceX CEO (and Dogecoin aficionado) bought the platform late last year.

Trump launched his collection of NFT trading cards on Dec. 15, with the 45,000 digital collectibles—mined on Polygon, an Ethereum sidechain—depicting the former politician as a superhero, cowboy, astronaut, and in other roles. Collectibles worth $99 each come with a chance to win a special perk like dinner or a meet & greet with Trump.

An NFT is a blockchain token that represents ownership of a unique item, including digital assets such as collectibles, artwork and profile pictures (PFPs). The NFT market produced approximately $25 billion in organic trading volume in 2021 and then again in 2022, although sales and prices have fallen sharply in recent months.

Despite a raft of criticism that Trump’s project is just an attempt to get money, even from some of his own supporters, the 44,000 NFTs offered in the public sale (another 1,000 were withheld) sold out within 24 hours. Secondary market prices soared in the days that followed, with the asking price close to $1,000 on Dec. 17 when “Saturday Night Live” teased and skewered the project.

Daily trading volume surpassed $3.5 million on that date, but dropped sharply shortly thereafter. The project reached a daily low of just over $21,000 in trades on January 8th, representing a small portion compared to the peak day. Prices also dropped, but owners of the cheapest collectibles were still asking for at least double the original mint price.

It is common for NFT projects to quickly peak amidst the FOMO (fear of missing out) hype among collectors and investors, especially flippers (short-term traders) looking for busy projects with quick returns. Most projects don’t maintain that kind of momentum for a long period of time.